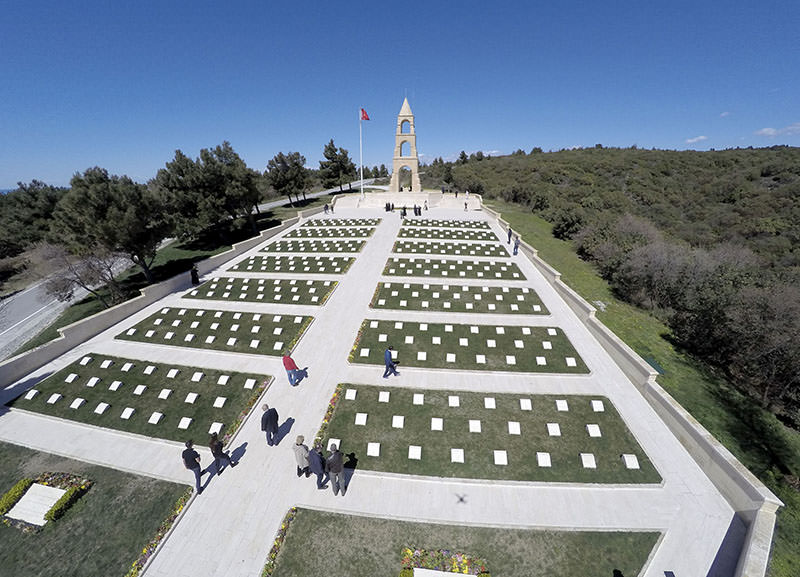 
Turkey is hosting world leaders on Friday to commemorate the centenary of the World War I battle of Gallipoli, sending out a message of reconciliation.

Tens of thousands lost their lives on both sides in a grinding nine month battle between the German-backed Ottoman forces and Allies including Australian, British and New Zealand troops trying to break through to take Istanbul and defeat the Ottoman Empire. The battle was to play a crucial role in forming the national conciousness both of the Republic of Turkey and the young nations of Australia and New Zealand.

Today, the fallen from both the Ottoman and Allied sides lie close together in separate cemeteries on the Gallipoli peninsula on the western edge of Turkey, in what has long been seen as a powerful symbol of reconciliation.

In recognition of this, Turkish President Recep Tayyip Erdoğan is hosting leaders of the World War I Allies (17 Presidents and 5 Prime Ministers), including Prime Minister Tony Abbott of Australia, New Zealand Premier John Key, as well as the heir to the British throne Prince Charles and his son Harry.

Erdoğan said in a message ahead of the ceremonies, "We paid a high price for the Gallipoli victory. Yet we should not forget that we owe our current independent state to that spirit and perseverance that we showed."

The leaders will attend ceremonies throughout Friday at the beaches where the Allied troops launched their attacks, only to meet with fierce Ottoman resistance that lasted until the evacuation of the last Allied troops in January 1916 in what is widely regarded as a failed campaign.

On Saturday, the focus will be on the dawn services to remember the Australian and New Zealand soldiers who lost their lives thousands of miles from home in a sacrifice that helped forge a national consciousness in those nations and is still remembered as Anzac Day on April 25.

Thousands of Australians and New Zealanders have made the long journey to join the tributes to their forefathers, milling around the ferry docks.

"It means so much to come back and give them the respect they (the troops) deserve," said Marjorie Stevens, 87, from Adelaide in Australia, who had been planning the long trip for 12 months.

"It's hard to keep back the tears and it's so important to keep the link to the past."

Estimates of the numbers killed in the conflict differ, but most sources say at least 45,000 soldiers lost their lives on the Allied side and a higher number of around 86,000 on the Ottoman side.

"Our friendship proves that when the battle is over, when the wounds have healed and when the ground has cooled, warriors can see their enemies' virtue," Australia's Prime Minister Abbott said at a conference in Istanbul ahead of the ceremonies.

The Ottoman Empire, already on its last legs, would lose the war along with its German allies, but the defeat of the Allied attack created a national pride that would then be felt in the War of Independence and then the creation of the modern Turkish state in 1923.

A key Ottoman commander at Gallipoli was a lieutenant colonel named Mustafa Kemal, later known as Atatürk, who would emerge as the founder of the Turkish Republic and who remains its national icon.