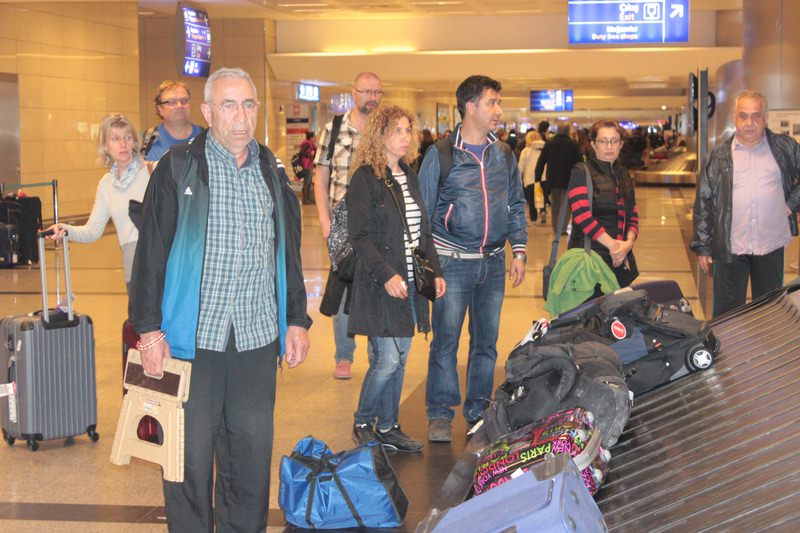 by Anadolu Agency Apr 26, 2015 12:00 am
A Turkish Airlines plane carrying 242 people, including Turkish citizens and foreigners, arrived in Istanbul on Sunday from Nepal, a day after a 7.8 magnitude earthquake rocked the country.

At Ataturk Airport, Celal Dagdeviren, a passenger who witnessed the earthquake firsthand, told reporters that the quake occurred while they were visiting temples in Kathmandu.

He said that buildings collapsed and there was widespread panic.

"We are very happy to have returned to our country safely," he said.

Meanwhile, Dincer Yazici told reporters that he was on vacation with his wife in Kathmandu and the disaster occurred when they were preparing to return.

Yazici, said that they heard "a very loud noise during the earthquake and a short while after, everything was demolished."

Yazici also said no one could sleep after the disaster.

He added that the situation in Nepal is catastrophic and people are in dire need of aid.

"They need blankets, tents and water urgently," he said.

The death toll in Nepal climbed toward 2,500 on Sunday as rescuers unearthed more victims of the powerful quake.
Last Update: Apr 27, 2015 11:02 am
RELATED TOPICS