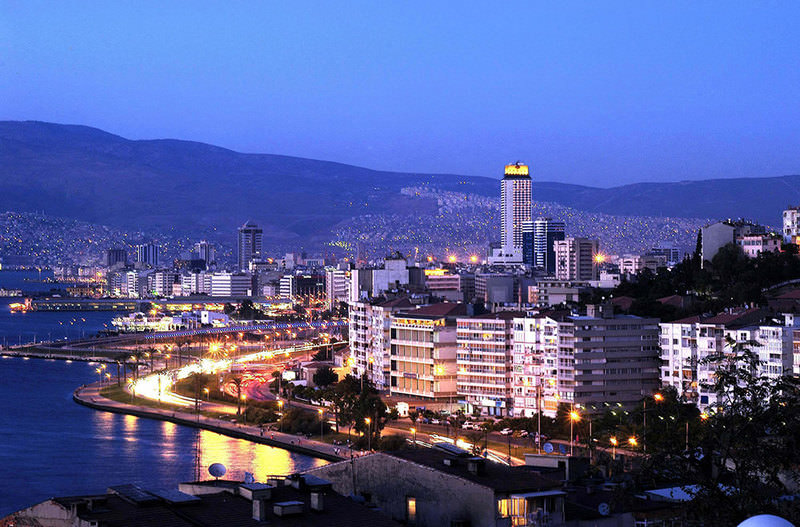 by Daily Sabah with DHA Apr 27, 2015 12:00 am
New zoning regulation brought into force by the Ministry of Environment and Urbanism has sparked a debate in Turkey's third largest city Izmir, involving the city's metropolitan municipality and Konak district municipality, which are both from the Republican People's Party (CHP).

According to the new regulation, the buildings located in İzmir's esplanade, famously known as Kordon, will be able to rise by ten meters as the current floor height is increased from 3 meters to 3.80 meters, while ground floors can be built to 4.5 meters. Most buildings in Izmir's waterfront areas are higher than inner buildings and most residents of Izmir are already complaining about the buildings located in waterfront areas, which started rising in 1960's, likening them to a "Chinese Wall" that disrupts the wind flow and the view of the rest of the city. This is particularly important in summer, when the wind blowing from the Gulf of Izmir is crucial for the city to cope with temperatures exceeding 35°C with very high humidity.

Following the regulation, Konak Municipality decided to limit the construction height in the Kordon area to 24.8 meters and three meters per floor. However, Izmir's metropolitan municipality ruled against this decision and asked for the new regulation to be applied throughout Izmir.

Izmir's Chamber of Architects Chairman Hasan Topal stated that they had warned previously that if the regulation is applied without exceptions, it will prove disastrous for the city. "With this decision, all buildings in Izmir, especially the ones in Kordon area, will rise by ten meters. The city's air flow, access to light and landscape will be negatively affected. This issue should be resolved by zoning revision. When floor heights are increased, road widths should also be increased. Konak Municipality's policy was correct, but it was not adopted," Topal said.