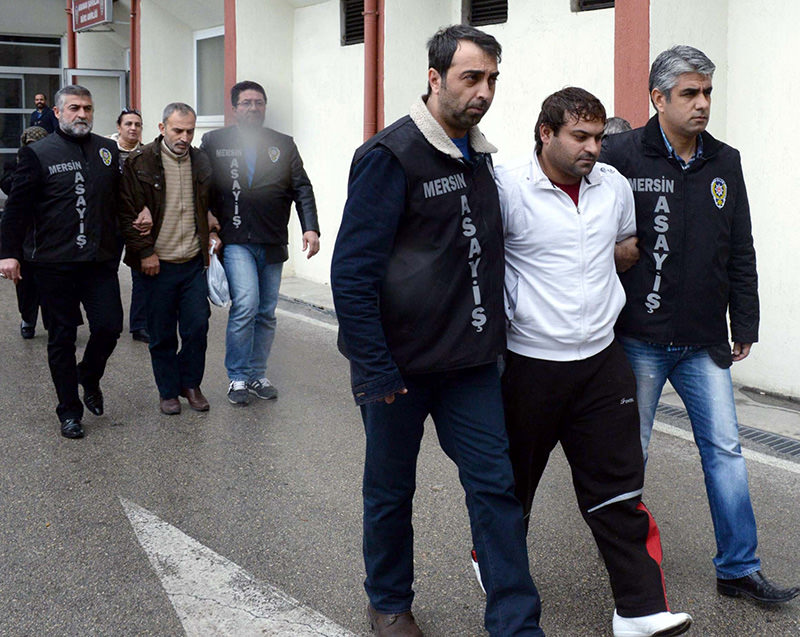 Aggravated life imprisonment demanded on April 28 for suspects of revenge killing of Muhammed Salih (DHA Photo)
by Dogan News Agency Apr 28, 2015 12:00 am
Police suspect Muhammed Salih, a Syrian national who served as a sniper for the Free Syrian Army, was killed in Turkey by relatives of a man he shot dead in Syria.

The body of Salih, who fled to Turkey with his family as the conflict intensified in Syria, was found in January in an orchard in the southern Turkish city of Mersin. He was stabbed in the back, his throat was slit and face flayed. His wife had earlier filed a complaint to police, claiming her husband was killed by smugglers to whom Salih had paid money to help him travel to Germany.

Questioning acquaintances of Salih, police discovered the victim had reportedly killed the brother of Abdulrazzak Dakka, one of the prime suspects, in Syria. Dakka, involved in smuggling, is accused of kidnapping Salih's children while in Syria and threatening his family after the killing of his brother.

The indictment by Turkish prosecutors against Dakka and other suspects captured after the discovery of the body, says Salih, unaware of Dakka's identity, paid him $5,500 to help him leave Turkey illegally for Germany. He then changed his mind and was refunded the money but remained in contact with Dakka.

The suspect and an accomplice lured the victim to a car for a ride in Mersin and killed him. They also flayed his head to prevent his identification. Prosecutors asked for aggravated life sentences for the suspects who will appear before a court in Mersin in the coming days.
Last Update: Apr 28, 2015 7:37 pm
RELATED TOPICS