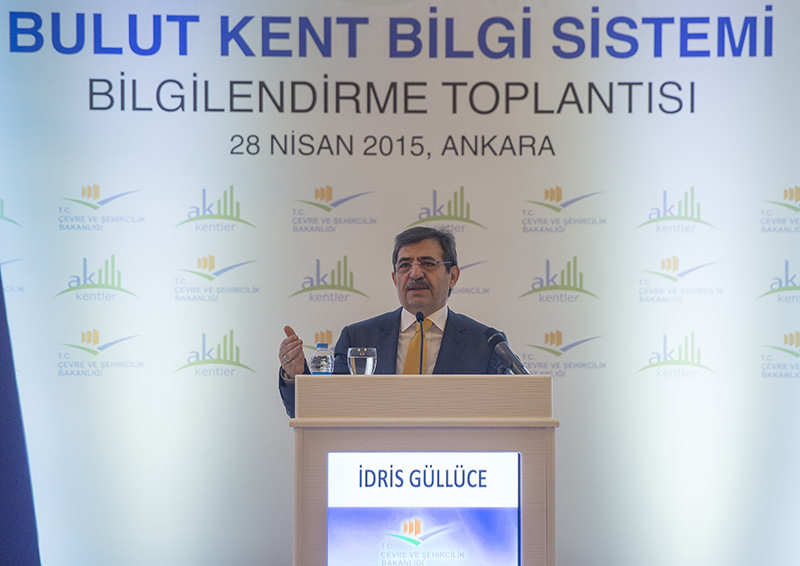 The Environment and Urban Development Ministry rolled out the "Smart Cities – Cloud City Information System" on Tuesday, a milestone for data collection for urban planning purposes.

The system, which is currently being piloted in Elazığ, Ardahan and Kırşehir, will be implemented in other cities and towns in the near future. It enables municipalities running cities and small towns as well as ministry officials to access a database of up-to-date information for city plans. The ministry said in a statement that it would help better analyze development problems cities face and will provide data infrastructure for urban transformation – the country's ambitious project to replace haphazardly built neighborhoods that are highly vulnerable to disasters with new buildings.

The ministry expects savings of about TL 400 million ($150 million) through the implementation of the system, which will cut IT costs, the purchasing of hardware and other expenditures for the development of infrastructure in the cities. The system, which runs on a Turkey-made PARDUS operating system, will also cut the costs in licensing foreign operating systems.

Moreover, it provides an effective tool against the illegal construction of residences and businesses, a problem for numerous municipalities especially in cities with a high number of migrants.

Officials say data analysis is key for better decision-making in urban development, especially in a country where the urban population accounts for 73 percent of the overall populace.
Last Update: Apr 28, 2015 4:39 pm
RELATED TOPICS