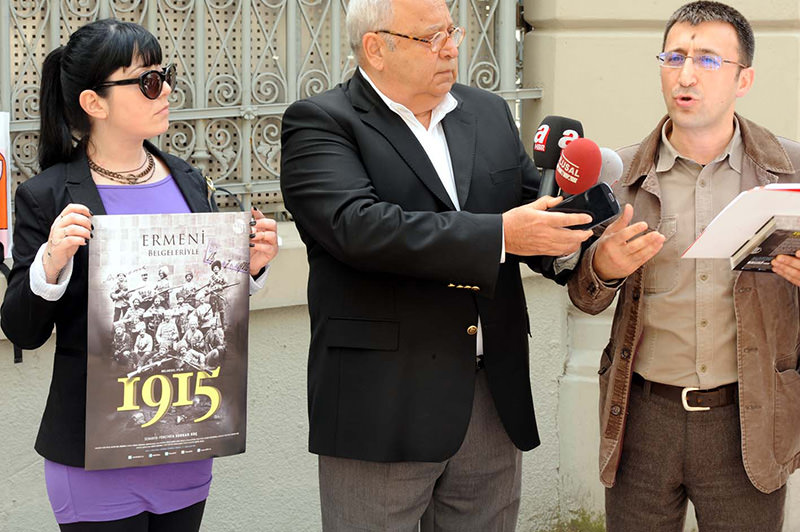 Serkan Koç, director of the "1915 in Armenian Documents," a documentary demonstrating that the mass deaths of Armenians in the Ottoman Empire during World War I was not a genocide as Armenia claims, told reporters that "politically motivated" customs officials recently seized the tapes of his documentary. He said it was "openly censorship and clearly an intervention to freedom of expression and thought in Europe."

Koç had shipped the documentary to the German parliament and several dignitaries. "The documentary defends Turkey's stance and it had all the legal documents required for its shipping to Germany. Still, German customs officials ignored that and focused instead on the documentary's content. "They were clearly politically motivated, as they said they would watch the film first to check its content," he said. Koç claimed it was a reflection of the German parliament's stance on the issue. The German parliament last week had defined the deaths of the Armenians as "genocide" to the chagrin of Turkey, which contends that the deaths were the result of diseases and an arduous journey during the war. "The parliament's stance was explicitly hostile toward Turkey and it resulted in a ban on a Turkish documentary," Koç said. Germany has significant trade ties with Turkey and hosts a large Turkish community, but it joined a large number of countries recognizing the so-called genocide this year.

Germany had long shied away from calling the deaths "genocide," as the country itself committed a genocide in its history in the form of the Holocaust or, as incumbent president Joachim Gauck claimed, it was partly to be blamed for the deaths as Germany was the main ally of the Ottoman Empire during World War I. Denial of genocide is not a crime in Germany as it is in some European countries such as Switzerland and Greece. So, it is further puzzling why German officials prevented the shipping of the documentary.

The filmmaker vowed that he would take legal action if the Foreign Ministry will not do it, and warn Germany about the issue.
Defining the incident as a scandal, Koç said: "Advocates of 'genocide' are free to spread their lies, yet a film revealing the truth is not allowed in Germany. It runs against the values of Europe. The German public has a right to see what happened in 1915 from our perspective as well. The confiscation is a sign of double-standards."

The 1915 incidents have been a source of dispute, disagreement and the reason behind decades of strained relations between Turkey and Armenia. Armenia claims that 1.5 million people were deliberately killed, but Turkey denies these claims.

Koç's documentary delves into the Armenian archives on accounts of the 1915 incidents and focuses on purported statements of Hovhannes Katchaznouni, the first prime minister of Armenia who acknowledged the Ottoman Empire was right in deporting Armenians in response to attacks by Armenian gangs.
Last Update: Apr 29, 2015 5:56 pm
RELATED TOPICS