Taksim Square closed to May Day rally due to security concerns 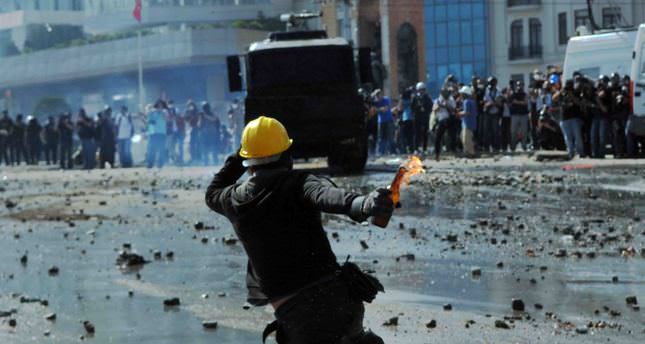 by daily sabah Apr 29, 2015 12:00 am
Istanbul governorate announced on Wednesday that the city's central Taksim Square will be closed to Labor Day demonstrations on Friday, citing the security concerns.

The statement released by the governorate said that holding the celebrations in the Square may harm public safety and the location of the Square was not suitable for celebrations with high levels of participation.

The statement also said that eight other squares in Istanbul are allocated as alternatives for Workers' Day rallies.

Taksim Square, which has been a scene of violence and police intervention against unauthorized rallies in past years, has been closed to such gatherings.

In 2007, on the 30th anniversary of the massacre, unions attempted to observe the event in the Square with a large crowd, but the police dispersed the unauthorized rally. Later, celebrations were marked peacefully except for minor clashes. Last year, union members, accompanied by radical groups affiliated with terrorist organizations, attempted to organize celebrations in the Square. They clashed with police who moved in to disperse them.
Last Update: Apr 30, 2015 11:07 am
RELATED TOPICS