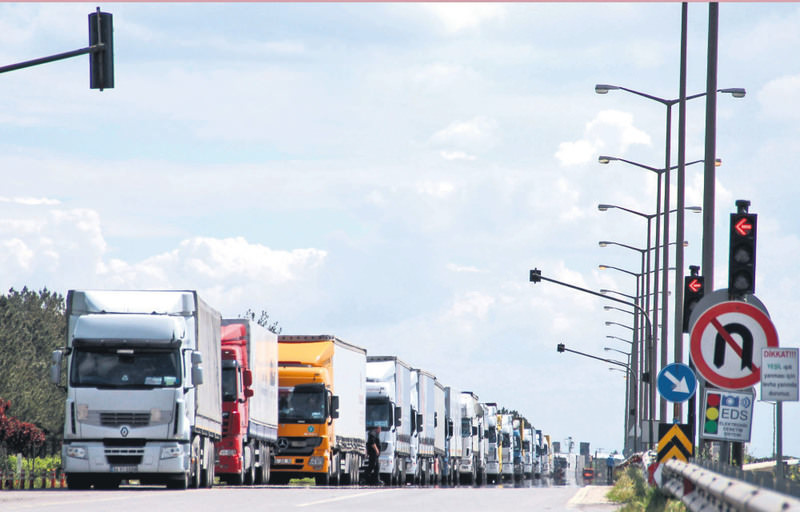 by Daily Sabah May 03, 2015 12:00 am
Truck drivers formed long lines on Turkey's two border crossings with Bulgaria thanks to Bulgarian customs suffering from a shortage of personnel following an anti-corruption investigation that led to the suspension of many customs officials, according to Turkish media.

Following the operation against customs officials accused of accepting bribes, customs offices at the Kapitan Andreevo border crossing were significantly downsized on Friday and over the weekend with 35 people being detained in the operations. Trucks carrying exports to Europe had to wait for three days as the customs procedures slowed down considerably. A 20-kilometer-long line of trucks was left waiting at the Kapıkule crossing on the Turkish side yesterday while the Hamzabeyli crossing saw a 12-kilometer-long line. The situation is no different on the Bulgarian side where trucks carrying imports are stuck.

Bulgarian Prime Minister Boiko Borisov had expressed plans to increase the efficiency of border control agencies and had said the performance of customs officers and border police were not "satisfying" in preventing smuggling and duty evasion.
Last Update: May 03, 2015 11:27 pm
RELATED TOPICS