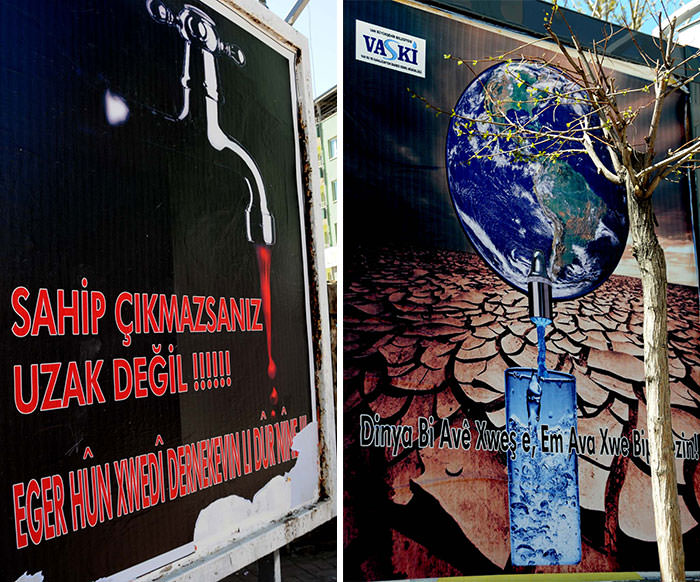 by Daily Sabah with AA May 04, 2015 12:00 am
A controversial advertisement showing blood flowing from a tap posted on billboards by the pro-Kurdish Peoples' Democratic Party (HDP) municipality in the eastern city of Van have been removed by a court order.

The images, which carry messages such as "Take measures", "Aren't you afraid?", "Let's not prepare our ends", "Is it that worthless?", "It will end one day", "Are you aware?", "End is not too far if you don't claim" and "Let's not be short of breath", were perceived as a threat by some residents ahead of the June 7 polls.

The municipality, however, said the billboards placed by the city water and sewage management authority VASKİ aimed to raise awareness on water usage and drought.

The billboards were replaced with images of water flowing from a tap instead of blood.

AK Party's provincial chairman Zahir Soğanda said that the threatening billboards were not removed despite their notices to the municipality and VASKİ, and the prosecutor's office applied to the court for the removal of billboards.

The HDP is being accused by the government of threatening locals in eastern Turkey with PKK's reprisals in order to increase their votes.

The government and the PKK have been conducting negotiations known as the reconciliation process since 2012 to solve the 30 year old issue.