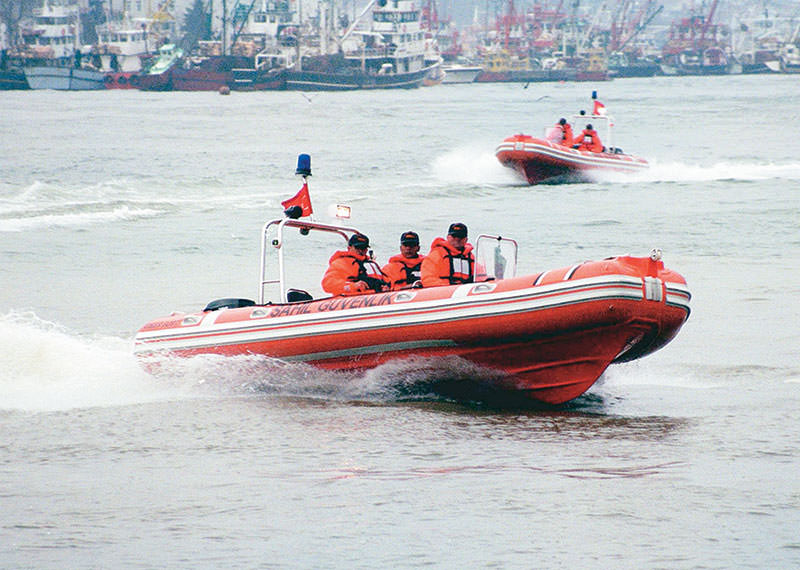 | AA Photo
by May 05, 2015 12:00 am
Turkey's coastguard has rescued more than 600 people trying to cross the Aegean Sea over the last five days, including women and children fleeing war-torn Syria in rubber boats, a provincial governor's office said on Tuesday.

More than 400 of the 636 rescued migrants were from Syria, while others were from Iraq, Afghanistan, Myanmar and some African countries, the office of the governor of the coastal Izmir province said in a statement.

Acting on tip-offs, the coastguard also detained a suspected human trafficker. Around 2 million Syrian refugees have fled the violence in their homeland and taken shelter in neighbouring Turkey.

Many of them reportedly pay exorbitant amounts to smugglers and traffickers to help them get to Europe, risking a perilous journey in search of a better life.

As many as 900 people drowned off the coast of Libya last month when a large boat capsized, by far the highest death toll in modern times among migrants trafficked in rickety vessels across the Mediterranean.

About 1,800 people are estimated to have died during the crossing so far this year, the United Nations' refugee agency has said. Some 51,000 have entered Europe by sea, 30,500 of them via Italy.