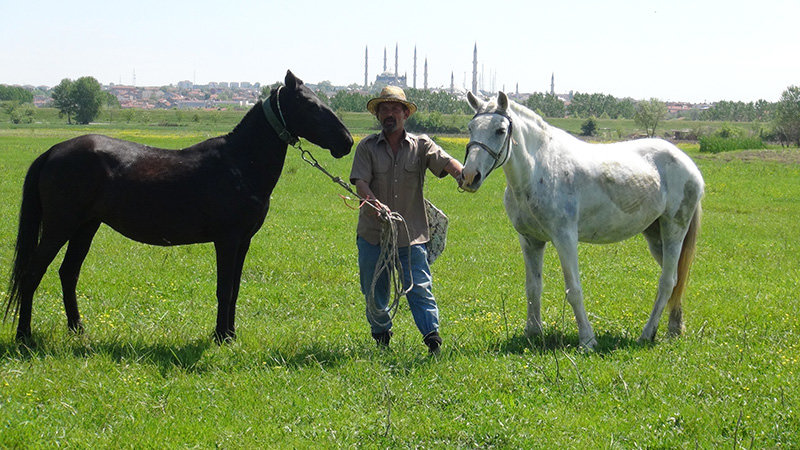 Wandering around the living spaces, rambling horses have been endangering city traffic and causing conflict across the city.

The governorship of Edirne have therefore prepared a barn in which all rambling horses will be gathered to solve the problem. The governorship has also offered a salary of 5,000 TL per month for someone to take care of the horses in the barn.

Governor Dursun Ali Şahin said he had encountered many images on social media showing grassing horses in the middle of the city and decided to solve the problem.

"There is also an authorization problem. When it comes to cats or dogs, the municipality normally takes care of the issue, but we are taking about horses. So we have hired a shepherd and pay him 5,000 Turkish liras per month. Even my superiors do not receive that much money," he added.

The governorship will give horses back if their owner appears. Governor Şahin said they have pulled 12 horses so far.

It is not the first usual campaign to be launched in Edirne. The Municipality of the city launched another campaign on February to increase its funding from central government by offering 120 Turkish Liras ($48.23) for people who transfer their residence records to Edirne.
Last Update: May 06, 2015 5:06 pm
RELATED TOPICS