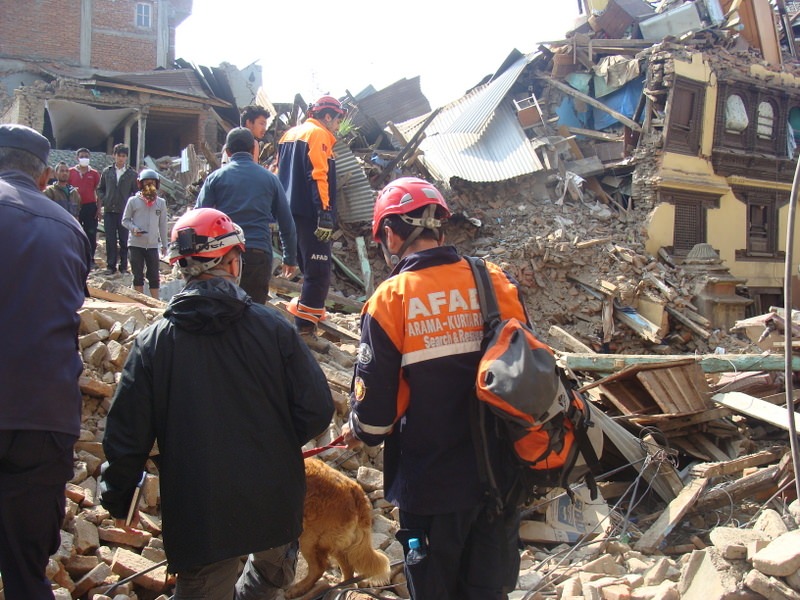 | AA Photo
by Daily Sabah May 07, 2015 12:00 am
The Prime Ministry's Disaster and Emergency Management Authority (AFAD), which has raised its profile with its aid to refugees and victims of disasters around the world, has received a public service award from the United Nations.

The state-run agency's Sheltering Center Management System (AFKEN) shared the top prize for the Western Asian region with Azerbaijan. The award by the U.N. Department of Economic and Social Affairs (UNDESA) is considered the most prestigious public service award.

AFKEN streamlines the administrative work of running refugee camps and shelters for disaster victims, and enables the monitoring and supervision of activities in the shelters from AFAD headquarters. More importantly, it includes a registration system for every individual in the camps, container cities – shipping containers converted into housing units – and other shelters. In turn, the registration helps to determine the needs of the shelters' occupants, such as displaced Syrians. Occupants register using their fingerprints and are handed special IDs, which helps camp administrators in terms of providing services from health to education.

Turkey is home to more than 1.7 million displaced Syrians, and about 258,000 of them reside in camps located on border cities. AFAD operates 25 tent camps and container cities in 10 Turkish border cities. The country has spent more than $5.6 million on its Syrian "guests," the official term used by the government.

Turkey's refugee camps are praised for the services and care offered to Syrians who had to flee into neighboring countries during the ongoing civil war in their country, often ending up in overcrowded camps in Jordan and Lebanon. Although unable to house a large number of refugees, Turkey's camps are regarded as far better developed than their counterparts in other countries. The camps, or sheltering centers as AFAD calls them, house schools, clinics, grocery stores and playgrounds amid many other services to cater to the needs of Syrians.