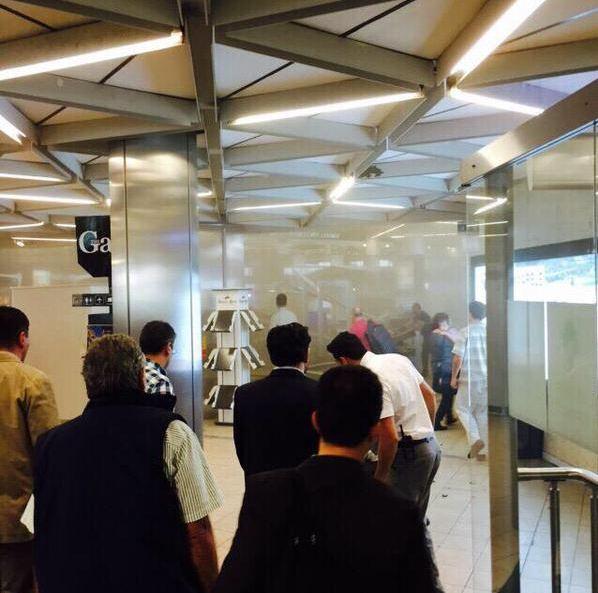 by Daily Sabah May 08, 2015 12:00 am
Four people have been injured on Friday when the suspended roof at part of the domestic terminal of Istanbul's Atatürk airport collapsed.

Three security workers and one passenger were injured when the suspension ceiling collapsed in the security control area at the entrance to the domestic terminal.

The injured people were taken to Bakırköy state hospital and an investigation into the cause of the accident has been launched.
Last Update: May 10, 2015 11:36 pm
RELATED TOPICS