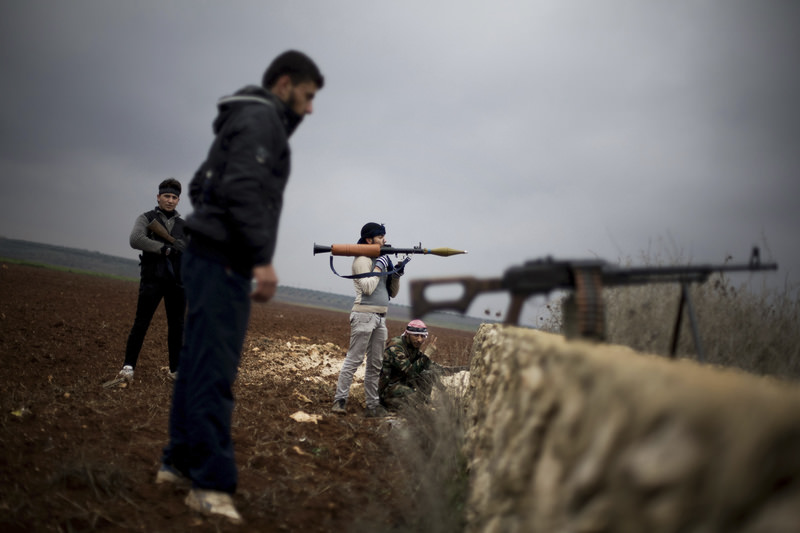 |AP Photo
by Anadolu Agency May 12, 2015 12:00 am
Syrian rebels have reinforced security measures around the Turkish border in northern Aleppo province, a rebel group said on Tuesday.

With help from the Turkish government, the Free Syrian Army (FSA) has improved security measures around the Syrian town of Azaz and the Bab al-Salam border crossing, known as the Öncupinar crossing in Turkey.

A 1,300-meter trench and surveillance cameras have been installed at the crossing, an Anadolu Agency correspondent reported, while three checkpoints have been set up on the road between Sijju village, north of the town of Azaz.

Mustafa Omar, a SFA guard, told Anadolu Agency: "We do not want any harm to come to Turkey. I thank Kilis province's governor, Suleyman Tapsiz, and the Turkish government for facilitating our work."