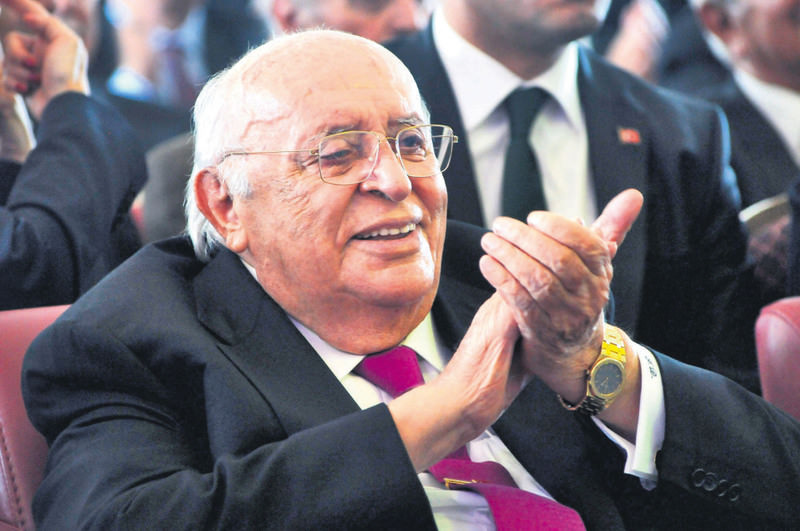 by Daily Sabah May 14, 2015 12:00 am
Former President Süleyman Demirel, 90, who was hospitalized last Friday for a respiratory infection, is recuperating and will be released in the next few days, said his personal doctor Aylin Cesur yesterday.

Speaking at the Private Ankara Güven Hospital, Cesur said Demirel had contracted a common infection and was first treated at home. "But due to his age, we decided to transfer him to a hospital so that we could treat him more closely and do some tests," she said.

Reports appearing in some media outlets that Demirel was gravely ill did not reflect the truth, she said. "What he is experiencing is normal for his age. His general health is good. I believe we will be able to release him in the next few days. He expressed his thanks to those who wished him well."

Demirel entered politics in 1962 by joining the Justice Party (AP) and was elected as the party's leader in 1964. He served several terms as prime minister in the 1960s and 1970s and was the prime minister during both the 1970 and 1980 military coups. He was banned from politics after 1980, until 1987, when a referendum lifted political bans. He joined the True Path Party (DYP) and became its leader, leading the party to government in 1991. After the death of President Turgut Özal in 1993, he was elected by Parliament as the country's ninth president.

He was accused by some as the ringleader behind the "soft coup" against the DYP-Welfare Party (RP) coalition in 1997, which ushered an era of severe restrictions and rights abuses.

Former Constitutional Court Chief Judge Ahmet Necdet Sezer took over from Demirel as president in 2000. His wife died in 2013 and he has no children.
Last Update: May 15, 2015 11:02 am
RELATED TOPICS