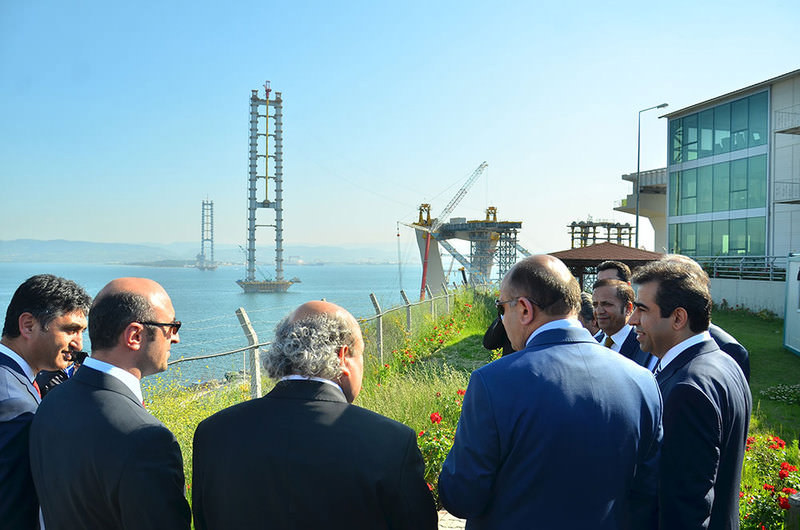 by Daily Sabah with AA May 15, 2015 12:00 am
Tower mounting in Izmit Bay Suspension Bridge, which has the world's longest fourth central span, has been completed. The towers stand 252 meters tall. The bridge is a part of a highway project that will decrease travel time between Istanbul and the Aegean city of Izmir from 9 hours to 3.5 hours.

The highway project is expected to be completed in 7 years. Currently 37 percent of the whole project is reported to have been completed.

A total of 5,520 personnel are working in the project and 1,316 pieces of construction equipment are involved. As the travel distance will be shorter compared to the current highway, decreasing travel time to 3-3.5 hours from 8-10 hours, it is foreseen that there will be a 650 million dollar savings made annually.