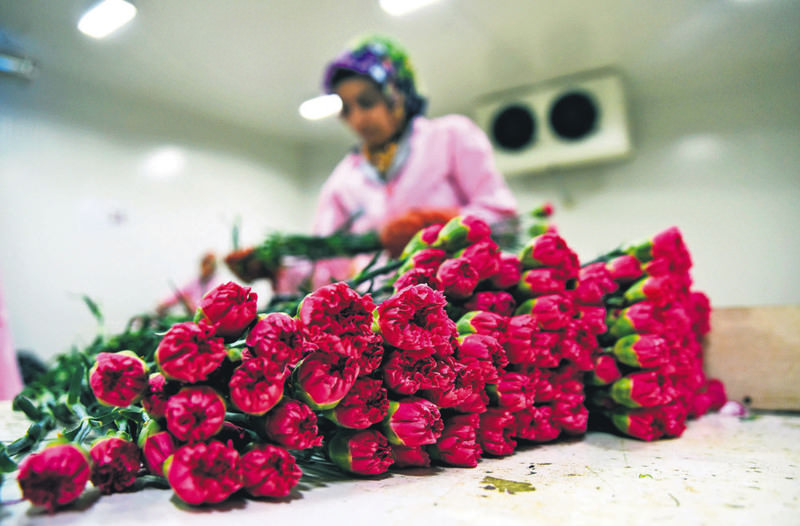 Bağdatoğlu said flowers symbolize love, honesty and peace, exactly the reason politicians use them to reach voters, and added that before every election flower purchases increase exponentially.

"Most politicians believe each flower means a vote for them," he argued. "This is definitely correct. People, when they receive a flower, see the light and love in the politicians' eyes. People understand that a flower is given without expecting anything in return. That's why it is important for politicians to use flowers in their campaigns."

Flowers have become a part of electioneering in the past five to six years, said Bağdatoğlu. "We sell politicians our flowers waiting in depots that were not exported for a reasonable price. This is one way to spread the use of flowers across the nation. In the past, politicians used different gifts. The change in the trend in the past several years greatly benefitted our sector."

The use of flowers rather than making aggressive statements and attacking each other is an encouraging development, he stressed, and said irrespective of the monetary benefits of the trend, they were glad people now used something that symbolized love and peace to reach the people.
Last Update: May 17, 2015 10:32 pm
RELATED TOPICS