Istanbul to meet with its new tram line soon 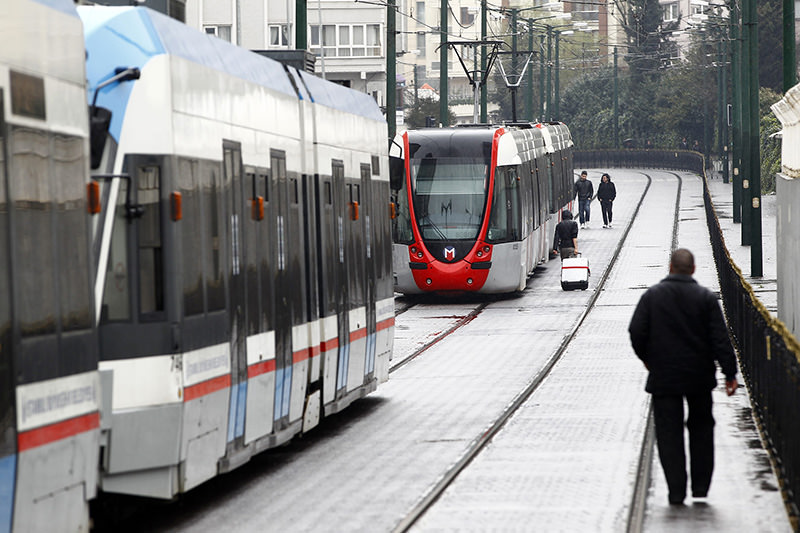 | AA Photo
by Daily Sabah with IHA
May 18, 2015 12:00 am
Kadir Topbaş, the Mayor of Istanbul Metropolitan Municipality, announced Monday that a new tram line will be built between Eminönü and Alibeyköy districts of Istanbul.

Topbaş said the Metropolitan Municipality was currently working on a 12-kilometer new tram line which will pass through Fatih shores and Eyüp, ending at Alibeyköy Bus Terminal. A bicycle road is also considered to be built along the tram line and a green line will be created through its way, according to the Mayor.

The 12-kilometer tram line, with a capacity of 25,000 will include 18 stops and decrease travel time to 30 minutes between Eminönü and Alibeyköy.

Topbaş had also announced the construction of three new metro lines in Istanbul's Sultanbeyli district last week, which will connect commuters to Üsküdar, Kartal, and Kadıköy districts, during a mass inauguration ceremony for the new facilities in Sultanbeyli district.
Last Update: May 18, 2015 5:28 pm