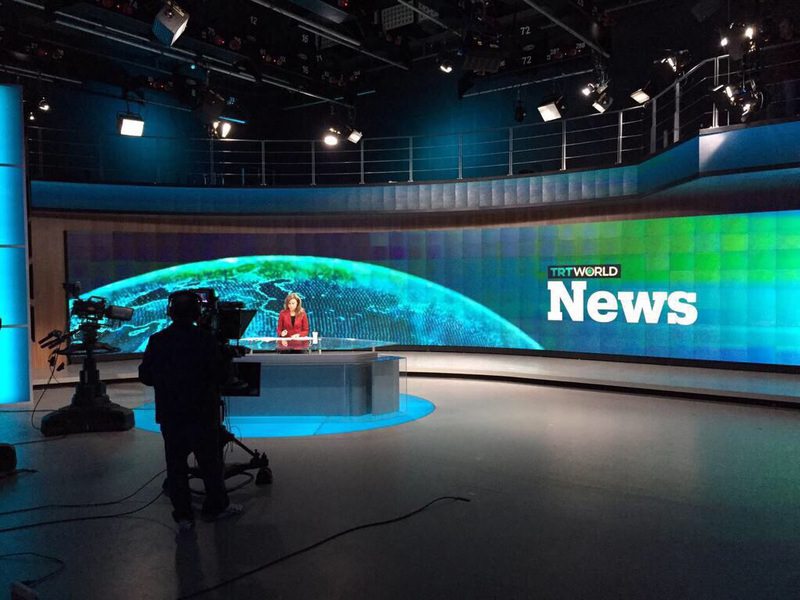 by Daily Sabah May 18, 2015 12:00 am
Turkey's state-run broadcaster TRT (Turkish Radio and Television Corporation) has added an English-language channel to the stations it operates. TRT World, which will offer English news services around the clock, started its test broadcast on Monday after it was inaugurated by Deputy Prime Minister Yalçın Akdoğan.

The channel will join 15 others operated by TRT, including an Arabic-language and Kurdish-language channel, as well as TRT Avaz, which mainly broadcasts to Turkic republics in former Soviet territories.

The broadcaster, under the current Justice and Development Party (AK Party) government, expanded its operations in the past decade in line with the government's ambition to become "a soft power" and reach out to a wider audience.

The Istanbul-based channel will have studios in Kuala Lumpur, Washington, D.C. and London. Its regular broadcast is scheduled to be launched next month.

TRT Deputy Director-General İbrahim Eren has said in an earlier interview with TRT Haber channel that TRT World would offer a different perspective than major news stations such as CNN, Al-Jazeera and the BBC. "It will offer Turkey's point of view on current events. Rather than promoting Turkey, we aim to show the audience how we interpret the current affairs," he said.
Last Update: May 18, 2015 6:56 pm
RELATED TOPICS