Atatürk was ordered by the Sultan to head Turkish War of Independence, document shows 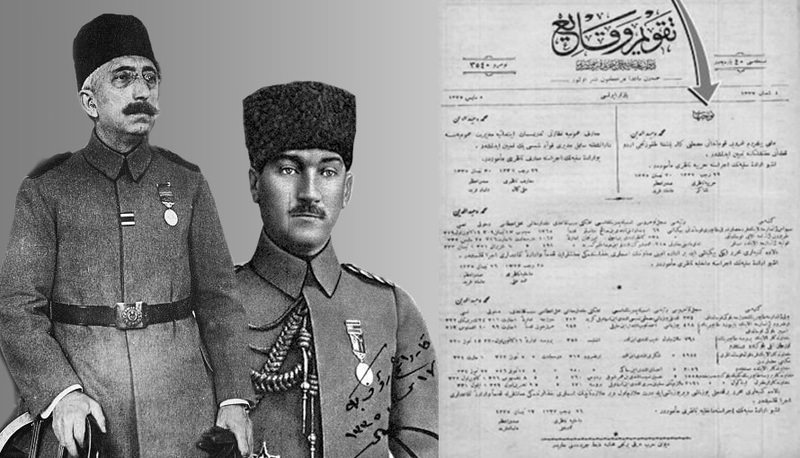 Mustafa Kemal Atatürk’s voyage to Samsun was organized as a state operation, and contrary to what has been taught in textbooks up until a few years ago, the operation was not conducted in secrecy, but the sultan was informed about all of its details, the document revealed by leading Turkish historian journalist Murat Bardakçı shows

Mustafa Kemal Atatürk, the founder of modern Turkey, was commissioned by the Caliph of the Muslims and the Sultan of the Ottoman Empire as part of a state operation to initiate the Turkish War of Independence in the northern Turkish city of Samsun, a document from 1919, revealed by leading Turkish historian journalist Murat Bardakçı shows.

Murat Bardakçı, a historian who specializes in Ottoman history and has published various books regarding the matter, basing his piece on historical documents has said in his column at HaberTürk daily on Tuesday that Atatürk's landing at Samsun and the subsequent events which followed it were based on orders from Mehmed VI, also referred to as Sultan Vahideddin. The documents presented by Bardakçı go against the contemporary historical narrative of the incident, which until recently claimed that Atatürk had secretly organized the voyage to Samsun, "full of dangers" with his own initiative. 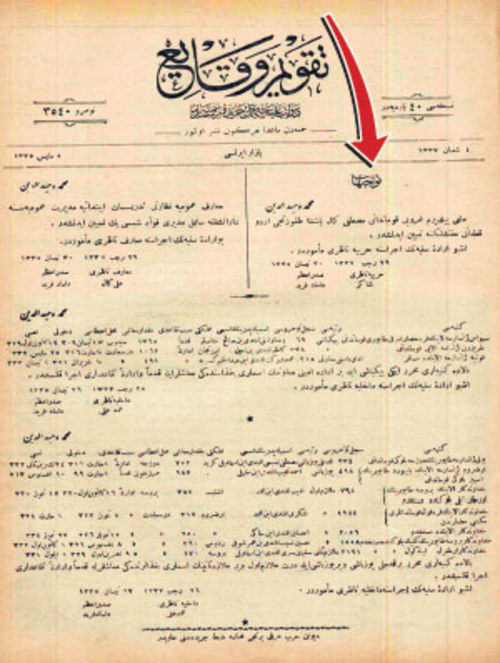 In his column, Bardakçı asserts that the Sultan and his Grand Vizier Damad Ferid Pasha were informed about each step of Atatürk's landing at Samsun and that Atatürk was commissioned to go to Samsun based on the Sultan's order, which was published on the official gazette of the period called Takvim-i Vekayi on May 5, 1919, contrary to historical accounts which until recently stated that Atatürk, then a top commander in the Ottoman Army, had secretly traveled there from Istanbul, which was occupied by the Allies following World War I. His arrival is commonly called the "first step" in Turkey's War of Independence that eventually led to the foundation of Republic of Turkey. With the assistance of top commanders and opinion leaders, Atatürk managed to mobilize forces and the public long daunted by the war, according to this narrative.


The document, which is an order published on the official gazette on May 5 translates as:
"Mustafa Kemal Pasha, the Commander of the abrogated Yıldırım Group has been assigned to the Ninth Army Brigade Inspectorship." Adding that the political authority orders the War Minister to execute the order. 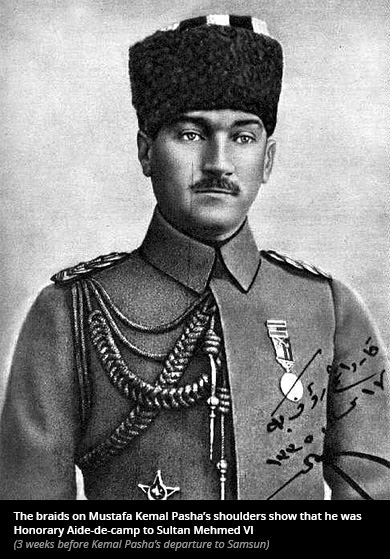 The historical documents which provide the details of these claims have been given to Turkish General Kazım Karabekir following the War of Independence in 1919, and were passed on to his family who had kept these records, which were used by Bardakçı in his book entitled Şahbaba: The Life, Memories and Private Letters of Last Sultan of the Ottomans, Mehmed VI Vahdeddin.

May 19 is celebrated in Turkey as the day which marks the anniversary of the arrival of Mustafa Kemal Atatürk, in the Black Sea city of Samsun.