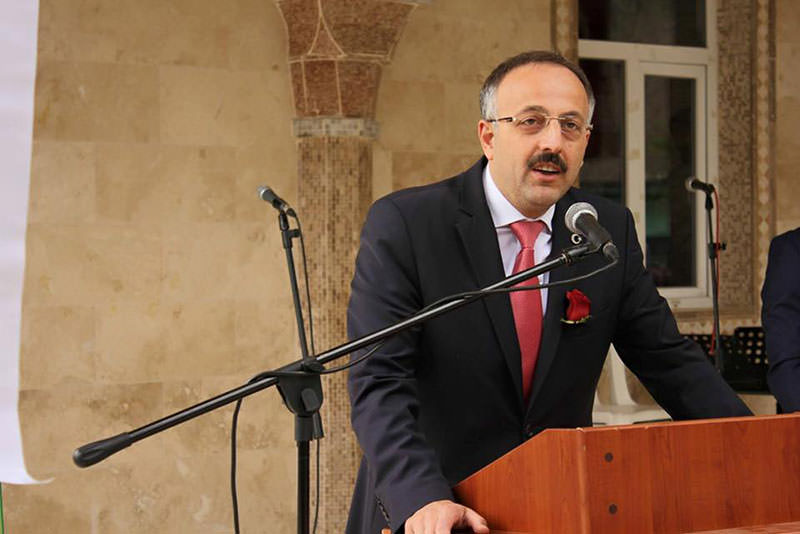 | DHA Photo
by Daily Sabah with Agencies May 20, 2015 12:00 am
Cüneyt Yıldız, the mayor of northwestern province of Bursa's Gürsu district from the ruling Justice and Development Party (AK Party), was seriously injured in a shooting at his office on Wednesday.

The suspect is a member of the municipality police known as "zabıta" who argued with the mayor for an unknown reason before he fired his pistol before fleeing the scene. The mayor's driver who was at the office was also injured in the attack.

The attack, which comes less than a month ahead of the June 7 general elections, raised concerns about pre-election violence, but initial reports indicate the attack was not politically motivated. On Monday, two bombs hit offices of the pro-Kurdish Peoples' Democracy Party (HDP) in two provinces in the south, injuring six.

Health Minister Mehmet Müezzinoğlu, who is running for a parliamentary seat from Bursa, told reporters the mayor's condition was critical, calling the public to "pray for him."

Yıldız made the headlines last year when he installed a camera in his office at the town hall, streaming video around the clock online in a bid for transparency. The video showed an empty office after the attack and then, a group of crime scene investigators marking evidence before it went offline.