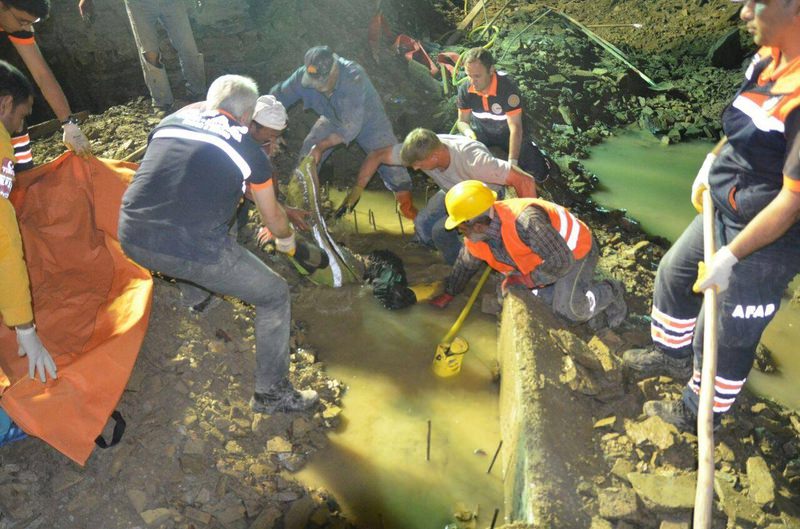 by May 24, 2015 12:00 am
The second worker on Sunday has died of injuries sustained after being trapped under debris in a landslide at a dam construction site in Turkey western province of Edirne.

Eyüp Çatalbaş, 30, and Veli Gök died in hospital in Edirne province late May 23 after they were removed from the debris.

Two other workers, İlker Karagedik and Mehmet Taneli, are still in hospital after they were rescued from the landslide at the Hamzadere Dam construction site in the İpsala district of Edirne, close to Turkey's border with Greece.

The landslide occurred while workers were pouring concrete. Its cause is under investigation.

Two suspects, the İsmail Çelik Construction Company's site chief and the owner of sub-contracting firm Or-Ned, were sent to court with an arrest warrant.

The court released the two suspects on probation. The investigation opened into the accident is still ongoing.
Last Update: May 24, 2015 8:33 pm
RELATED TOPICS