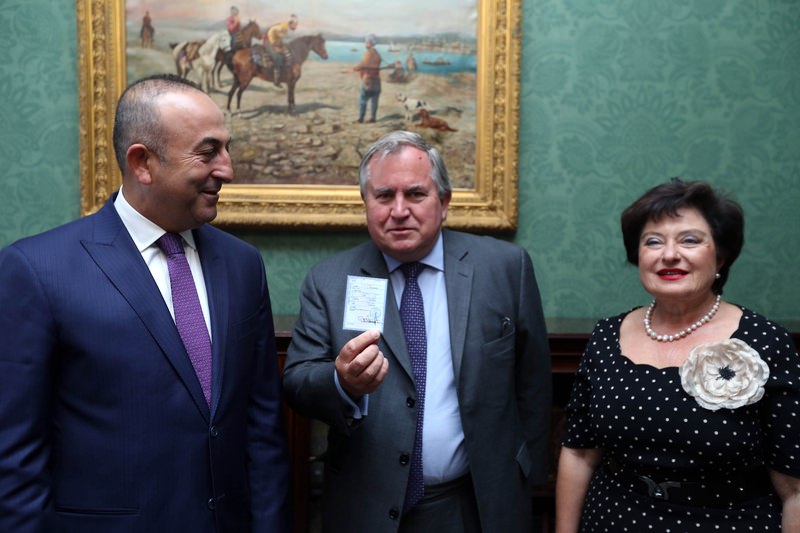 by Daily Sabah May 25, 2015 12:00 am
Turkey's Foreign Minister Mevlüt Çavuşoğlu on Monday presented a Turkish ID card to former British parliament member Robert Walter in a ceremony held at the Turkish embassy in London.

Walter gave a speech in Turkish at the ceremony and said that he was happy to become a Turkish citizen and looks forward to spending time in Turkey with his wife Feride Alp.

Walter is married to Mrs. Feride Alp, a Turkish citizen, since 2011.

Walter, an English Conservative Party politician, was a parliament member for North Dorset from 1997 until he stood down at the 2015 general election in Britain.

He was also the former head of the UK delegation to The Parliamentary Assembly of the Council (PACE) and repeatedly traveled to Azerbijan to observe the country's democratic progress.
Last Update: May 26, 2015 12:44 am
RELATED TOPICS