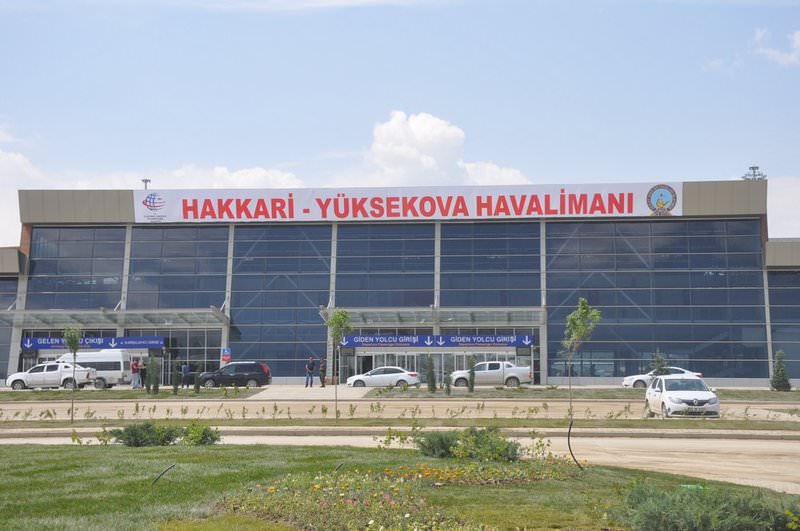 | DHA Photo
by Anadolu Agency May 25, 2015 12:00 am
Turkey's 55th airport will begin service on Tuesday in the district of Yüksekova of the southeastern border province of Hakkari.

Turkish President Recep Tayyip Erdogan and Prime Minister Ahmet Davutoglu will attend the inauguration ceremony Tuesday of Hakkari Yuksekova Airport, only three days after the opening of Ordu-Giresun Airport -- the country's first airport to be located on an artificial island, off the Black Sea coast.