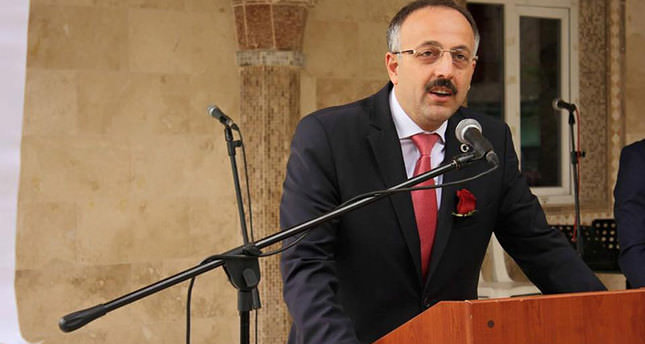 | DHA Photo
by Anadolu Agency May 26, 2015 12:00 am
A district mayor in the western province of Bursa died Tuesday in a state hospital after being wounded by a gunman on May 20.

Cuneyt Yıldız was in critical condition before passing away, hospital officials said.

"A bullet entered his left eye and hit the left side of his head," Health Minister Mehmet Müezzinoğlu told reporters after he visited the mayor on the day of the attack.

He said a municipal officer attacked Yıldız, who was at his office with his driver.

The attacker surrendered to police on May 23 in Turkey's central province of Yozgat.

The cause of the attack remains under investigation.