At least 20 detained in anti-terror operation in Istanbul 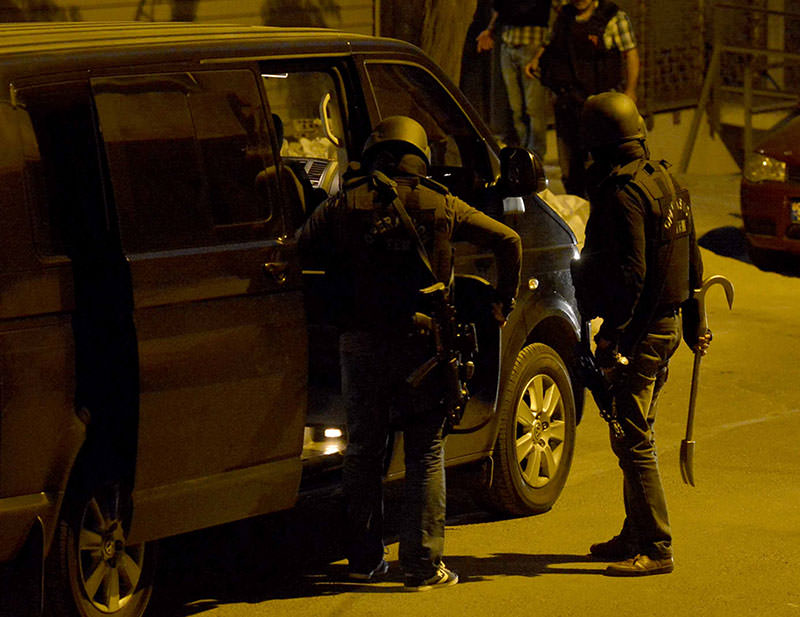 | AA Photo
by Anadolu Agency May 27, 2015 12:00 am
At least 20 people, alleged to have attacked police during May 1 protests, have been taken into custody Wednesday in a broad anti-terror operation in Istanbul, security officials said.

Sources within the anti-terror branch directorate of the Istanbul police department said they had launched a helicopter-supported operation against suspected members of the Maoist Communist Party (MPK).

Members of the group are believed to have attacked police with stones, sticks and Molotov cocktails nearly a month ago.

Police sources said that they had confiscated two long-barreled rifles, one pistol and a large number of organizational documents.

A total of 203 illegal protesters were taken into custody in Istanbul during May Day demonstrations held on May 1, according to the province governor Vasip Şahin.