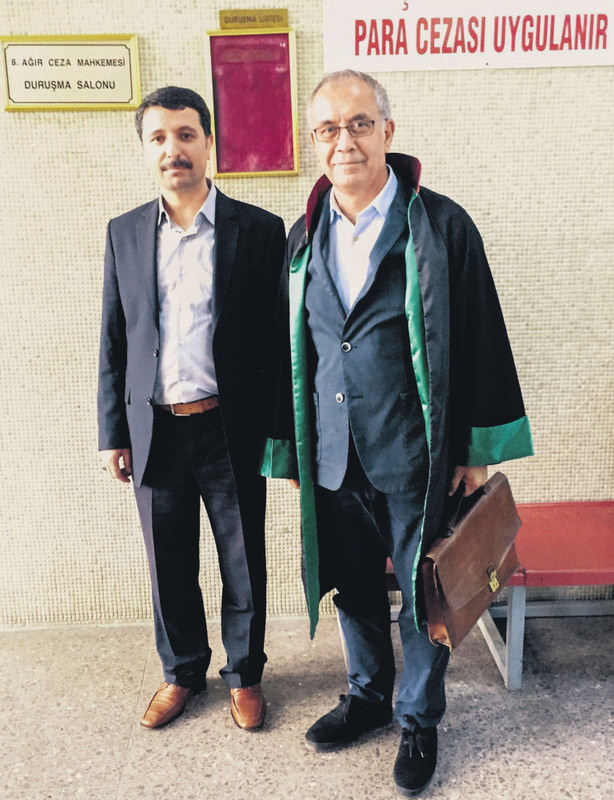 by Anadolu Agency May 27, 2015 12:00 am
A Kurdish writer and religious figure who spent 22 years in exile in Germany has returned to Turkey.

Ahmet Turallı, 45, had been sought on charges that he set up and ran an armed Kurdish nationalist organization.

Speaking to Anadolu Agency yesterday in Ankara, he said: "I am happy to return to my country. It is a nice feeling to return and get together with people."

Turallı appeared at the 8th Ankara Heavy Penal Court to testify on charges that he had founded and ran "an armed organization."

Rejecting all accusations, he said he founded the group for "academic purposes" and abolished it after the study was over.

"I have no connection with [any] illegal or armed organization," he told the court. The Kurdish thinker also said he was not seeking to split the country.

Turallı's lawyer demanded an exemption for his client from the court's process and the canceling of an Interpol arrest warrant. The court ruled in line with the lawyer's request.

A high criminal court in Ankara expunged a Jan. 15 arrest warrant for Turallı and several others for "forming and running an armed organization" out of a total of 31 members of the Kurdistan parliament in exile and Kurdistan National Congress.

The court ruled that Turallı would not be arrested if he returned to Turkey within four months and testified in court.

Previously, Kurdish politician and writer Yaşar Kaya returned to Turkey in April 2014. His return was also possible due to the court's ruling to expunge an outstanding arrest warrant.

The return of Kurdish intellectuals is linked to the reconciliation process initiated by the government that pledged freedoms for the country's Kurdish citizens.
Last Update: May 27, 2015 11:59 pm
RELATED TOPICS