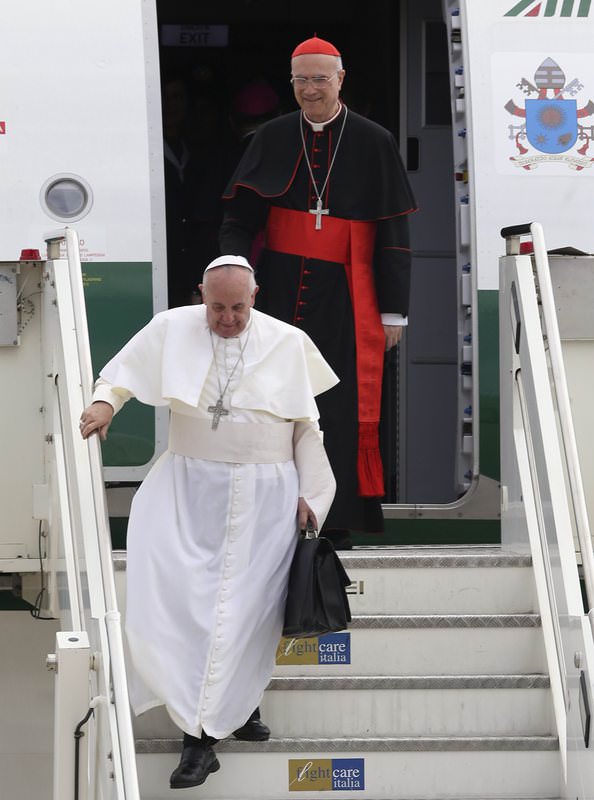 by Emre Başaran May 27, 2015 12:00 am
The Turkish Presidency responded on Wednesday to the allegations about the aircraft planned to be chartered for the head of top religious body, Mehmet Görmez. In the statement, the Presidency sources pointed out the fact that President Erdoğan's remarks about the allocation of a plane to the top religious body emphasized the importance to give the Presidency of Religious Affairs the opportunity to use a special aircraft in case of need, like the Pope.

The Presidency said that Pope uses "privately chartered aircrafts" in his flights abroad and further added, "The plane does not have to belong to the Vatican or the Pope himself. President Erdoğan only emphasized the fact that the opportunity to fly in a specially chartered flight should be given to the head of the Presidency of Religious Affairs."

The debate on the allocation of a plane started upon the remarks of President Erdoğan in which he compared the amenities enjoyed by the Pope and the head of Turkish Presidency of Religious Affairs, Mehmet Görmez.