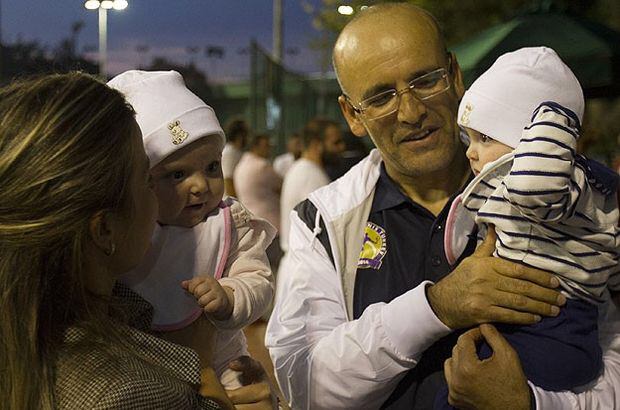 by Daily Sabah May 28, 2015 12:00 am
Turkish Finance Minister Mehmet Şimşek's 16-month-old daughter Azra Esma was taken to a university hospital in Ankara after she suddenly fell ill late on Wednesday.

The baby girl is being treated in intensive care unit, and her health condition is critical but stable, according to the sources.

Şimşek became a father of twins Azra Esma and Sare Nur on 27 January 2014.