Turkish presidential sources: conversion of Hagia Sophia into a mosque not on the agenda 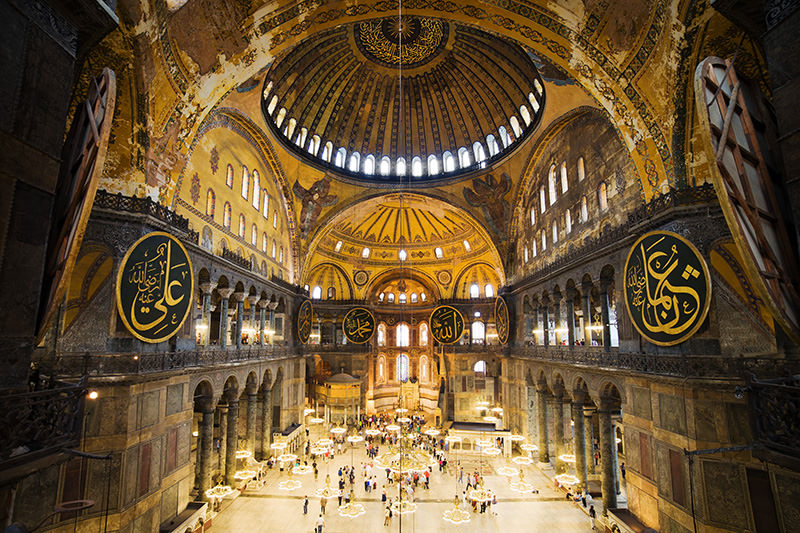 Hagia Sophia served as a cathedral for almost thousand years since 1453, when it was converted into a mosque by the Ottomans with the conquest of Istanbul
by Nurbanu Kızıl May 28, 2015 12:00 am
Presidency sources on Thursday have stated that the conversion of one of Istanbul's most famous historical monuments, the Hagia Sophia into a mosque is not on the President's agenda.

"All allegations pertaining to the conversion of Hagia Sophia into a mosque are not true" sources have reportedly said.

Hagia Sophia, which is one of Istanbul's most popular historical monuments visited by tourists, served as a cathedral for almost thousand years since 1453, when it was converted into a mosque by the Ottomans with the conquest of Istanbul.

The first Quran recitation under Hagia Sophia's roof happened in April, after a total of 85 years.