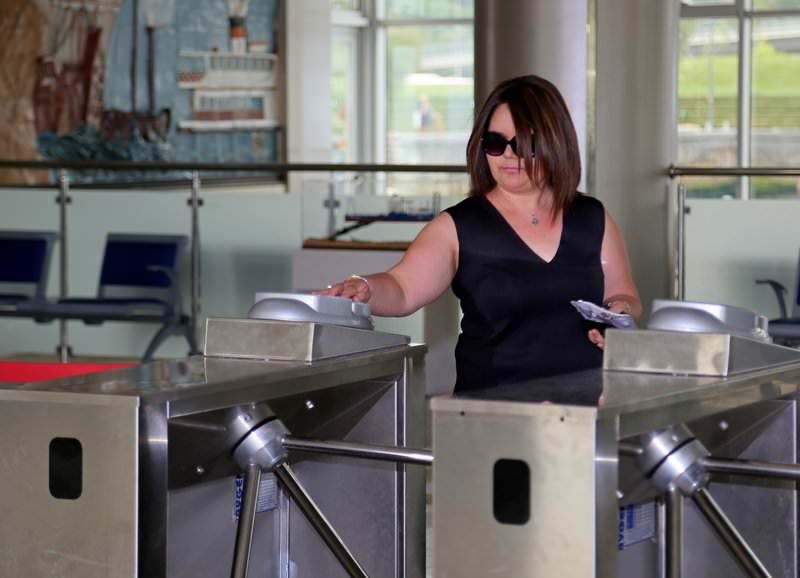 | AA Photo
by Daily Sabah Jun 04, 2015 12:00 am
Residents of the western city İzmir are seemingly the only ones benefiting from a dispute between the municipality and the company operating the electronic pass system for mass transit.

Since June 1, no one has paid for inner-city buses, metro lines or ferries, as the electronic ticket collectors do not authorize the rides.

The municipality claims the former operator of the system, which lost a recent tender, changed codes and passwords to the system, effectively shutting down the collectors and automated booths to load credits on to the pass cards. The company rejects the charges and claims that they handed over all codes and passwords to the municipality. The new company that won the tender will now install a new system to collect pass credits and commuters will not have to pay for the public transportation until then.
Last Update: Jun 04, 2015 4:38 pm
RELATED TOPICS