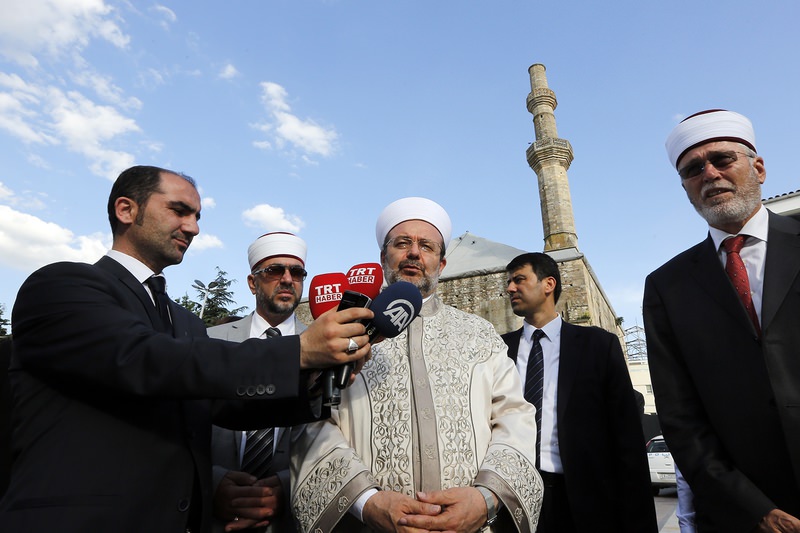 | AA Photo
by Anadolu Agency Jun 04, 2015 12:00 am
The head of Turkey's Presidency of Religious Affairs (Diyanet) visited a dervish lodge Wednesday during his tour of Greece's Western Thrace region.

Mehmet Görmez, who presides over the Diyanet, visited the home of Seyyid Ali Sultan, a prominent 15th century leader of the Bektashi order, with lodge head Mehmet Koç.

"We, Muslims, are members of the same belief as Alevis, Sunnis, Naqshis. We believe in the same God, the same Prophet and the same future life."

Görmez also visited Didymoteicho's 15th century Çelebi Sultan mosque, which is being restored after it was closed in 1952.

"Çelebi Sultan mosque is one of the most important works of Ottoman heritage," he said.