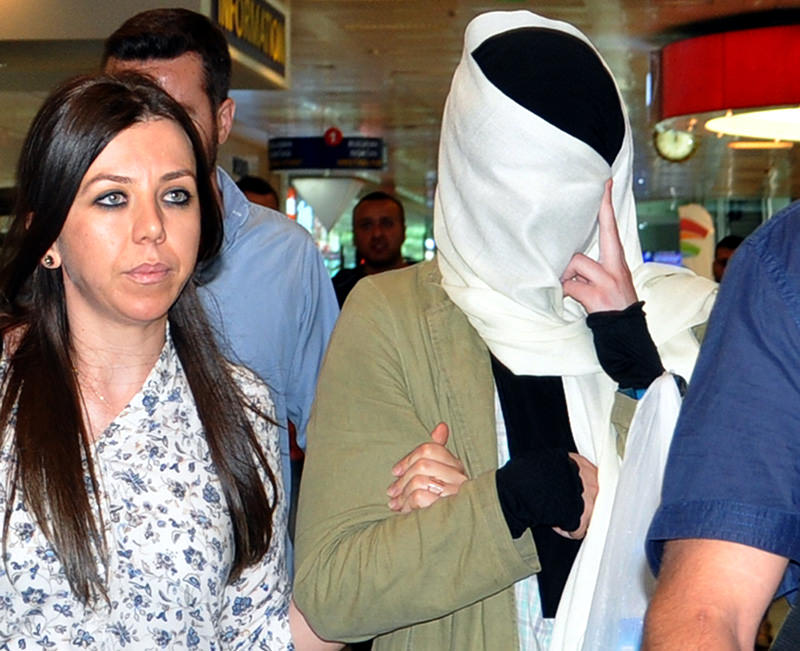 Karaulova concealing her face with a scarf to prevent press members from taking her picture at Istanbul Ataturk Airport, on June 11, 2015 (AA Photo)
by Daily Sabah with Agencies Jun 11, 2015 12:00 am
Russian student Varvara Karaulova, who was detained while trying to go to Syria to join the self-proclaimed Islamic State of Iraq and Sham (ISIS), has been sent to Istanbul to be deported to Russia on Thursday.

A Moscow State University student Varvara Karaulova was detained in southern Kilis province on the Turkish-Syrian border on Friday, June 5.

She appeared in Istanbul concealing her face with a headscarf to prevent press members from taking her picture. Karaulova will be flown from Istanbul Atatürk Airport to Moscow.

Russian media reports said Karaulova, a student at prestigious Moscow State University, went missing in late May. It was determined that she had flown to Turkey and her cellphone was traced to the border area.

Thousands of foreign fighters from all over the world are believed to have joined terrorist organizations, including ISIS, in Syria and Iraq.
Last Update: Jun 11, 2015 4:32 pm
RELATED TOPICS