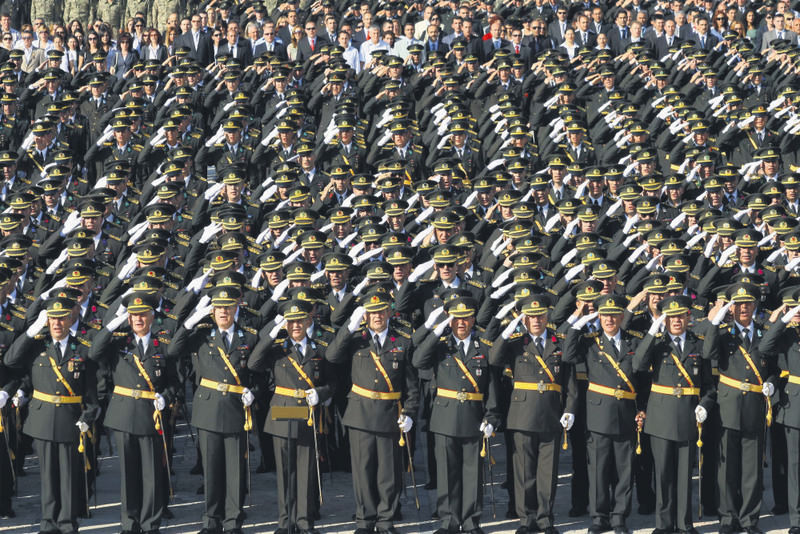 The Turkish Armed Forces have stepped up its efforts to make the military more professional by hiring non-military civil servants who will have the rank of colonel, a landmark move in the history of the army

Being promoted to a high rank without attending a military academy is now possible in the Turkish Armed Forces, which is trying to become more professional. The Army, made up exclusively of lifelong officers and conscripts fulfilling their compulsory military service, will now open the ranks to non-military civil servants.

A regulation that came into force on Monday will enable the military to hire "exceptional civil servants," a term applied to the abovementioned civil servants who will command military units in their capacity and be promoted to the rank of colonel after three years.

The regulation cites the condition for hiring non-military personnel due to the lack of personnel specialized particularly in technical fields. For now, non-military personnel will be confined to the legal department, medical corps, finance department and other departments and positions that already exist in civilian sectors. They will head the relevant units of the military that are currently commanded by colonels and generals. Aside from the rank of colonel, civil servants in lesser posts will be granted the rank of lieutenant, major and other lower ranks after completing a compulsory service period. Civilian personnel hired for these jobs will benefit from all privileges the lifelong officers enjoy such as free lodging, and will be picked by a military personnel board.

The military already has more than 50,000 civil servants and workers whose jobs range from office work to military vehicle maintenance.

The Turkish military is one of the largest in the world and one of the largest with compulsory military service. More than 650,000 soldiers serve in the military, according to figures released earlier this month, and more than half of them are either privates or those enlisted for compulsory military service. The military has recently introduced a scheme to hire professional soldiers, especially for commando units, as part of ongoing efforts to fully professionalize the Armed Forces. However, authorities are reluctant to abolish compulsory military service, traditionally, which they view as a patriotic duty, although privates are often confined to menial tasks, especially in the areas far from the borders with a high concentration of troops. Still, a reduction in compulsory military service to 12 months from 15 months was introduced last year. It is a welcome move for recruits, although short service time also means shorter training for professional tasks such as anti-terror operations.
Last Update: Jun 17, 2015 1:20 am
RELATED TOPICS