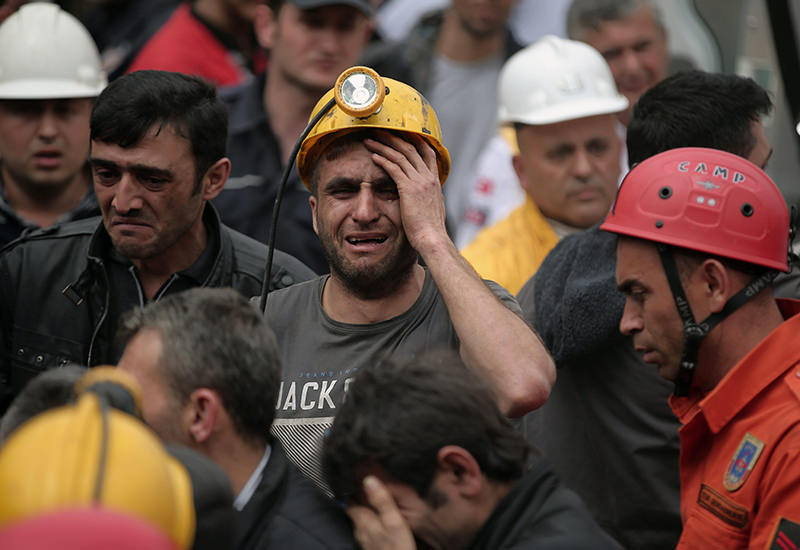 A miner cries as rescue workers carry the dead body of a miner from the mine in Soma, western Turkey, Wednesday, May 14, 2014 (AP Photo)
by Anadolu Agency Jun 16, 2015 12:00 am
A high-profile trial into the deadliest mining disaster in Turkey's history has been postponed to Aug. 18, a local court ruled on Tuesday.

The ruling from the court in Akhisar, in the western Turkish province of Manisa, came after a first postponement Monday, when the plaintiffs' lawyers claimed one attorney could not represent the defendants responsible for workplace safety because of an apparent conflict of interest.

This second delay was ruled in order to allow the defendant's to replace their lawyer.

Turkey was rocked by the mining tragedy, which happened in Soma, in western Turkey on May 13, 2014. Some 301 miners lost their lives after a fire broke out while they were working underground.