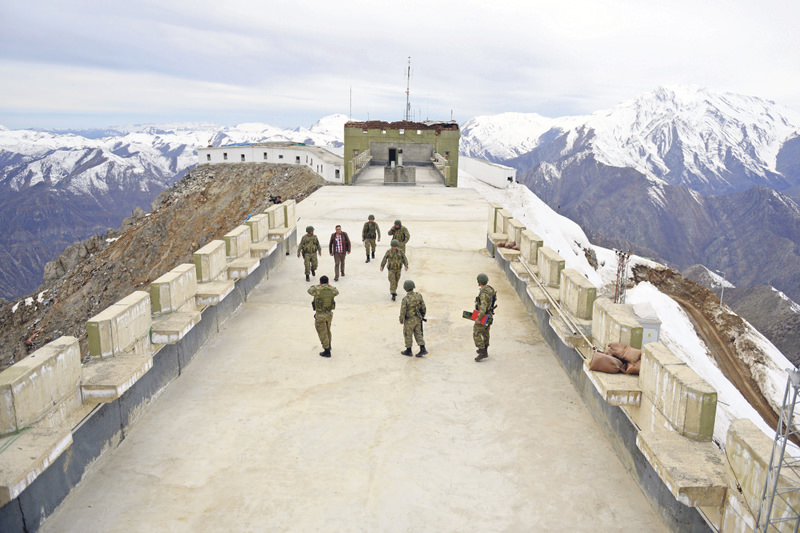 The PKK carried out a spate of attacks at a military base on the Turkish-Iraqi border over the past weeks. Though not lethal, the attacks mark a revival of assaults for the group that largely ceased its active campaign of terror in the recent years

Dağlıca, where a main Turkish Armed Forces base tasked with maintaining security on the Turkish-Iraqi border, has been the scene of a series of attacks by the PKK terrorist organization since the beginning of June. The attacks, which left one young villager near the base injured, indicate a return to arms by the terrorist organization that mostly remained dormant in recent years following the reconciliation process initiated by the government to end terrorism.

The attacks have been described as harassment fire, mostly machine gun fire, but their intensity heightened this week becoming almost a daily occurance. The latest attack happened late Wednesday. Terrorists fired mortars on the base and troops returned fire in a brief clash. One of the mortars landed in Dağlıca where the base is located, injuring a 15-year-old girl who was in front of her home at the time of the attack. The attackers ceased firing after soldiers returned fire and disappeared. 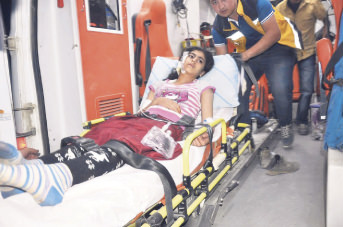 Dağlıca, home to various military outposts overlooking the rugged terrain between Turkey and Iraq, is where 12 soldiers were killed and eight others kidnapped when nearly 150 militants from the PKK attacked a military outpost there in October 2007.

The PKK is based in the mountainous terrain in Kurdish-controlled northern Iraq and announced in 2013 that it would leave its mountain hideouts in eastern and southeastern Turkey.

The militant organization scaled down its activities after the government-sponsored reconciliation process was launched in 2012. The process, consisting of a series of steps primarily focused on restoring rights of the Kurdish community and persuading the PKK to lay down arms, is still on track. The PKK's imprisoned leader Abdullah Öcalan is apparently in favor of the process as he urged the group earlier this year to consider laying down arms in light of the reconciliation process.

Turkey was long plagued by the PKK's bloody campaign of terror for Kurdish self-rule in the southeast that killed tens of thousands over three decades. The reconciliation process is viewed as a relief from the constant threat by the PKK. But the country is still far from resolving the issue, as the PKK avoids settling down and seeks more concessions from Turkey.

One explanation for the PKK's random attacks, coupled with a string of non-lethal attacks targeting construction sites for dams in the southeast, is the PKK's attempt in a show of force in the region it dominated with fear and intimidation. Some experts attribute it to infighting between different factions in the group, that differ on how to approach the reconciliation process in a hawkish or calmer manner. The more violent faction is reportedly behind the recent attacks.