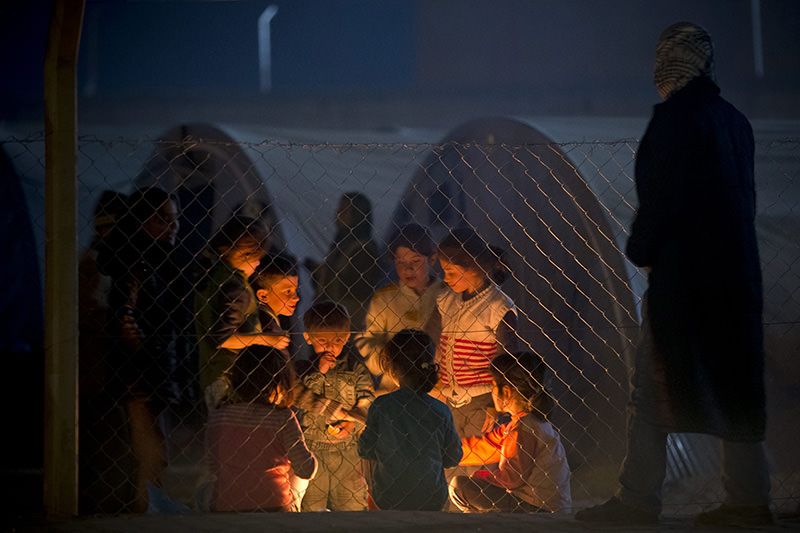 | AP Photo
by Daily Sabah with AA Jun 17, 2015 12:00 am
UNICEF has said that more than half of all registered Syrian refugees are children in Turkey, making the country the main shelter for vulnerable minors ahead of any other country.

Since the beginning of June, more than 23,000 Syrian refugees have crossed into Turkey through the southern Akçakale border gate, fleeing airstrikes and fighting in the city of Tal Abyad, said UNICEF spokesman Christophe Boulierac on Tuesday.

Speaking during a press conference in Geneva, Boulierac said at least 10,000 children were among the 23,000 new refugees, he said.

The country hosting the second-highest number of Syrian child refugees was Lebanon, sheltering at least 630,000, according to UNICEF.
Last Update: Jun 17, 2015 11:07 am
RELATED TOPICS