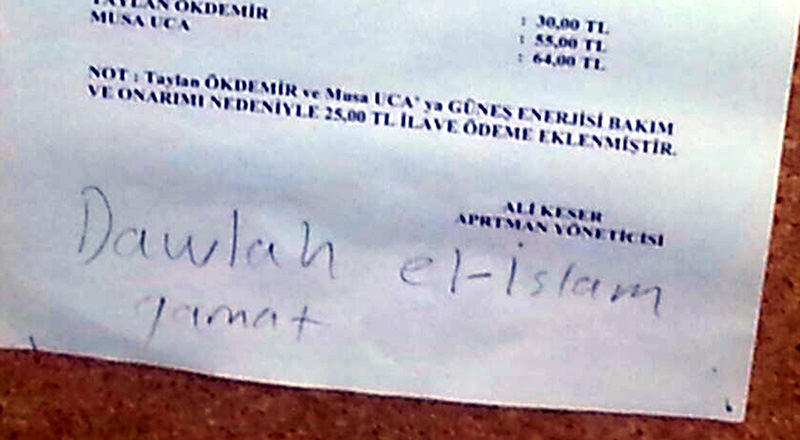 | DHA Photo
by Daily Sabah Jun 18, 2015 12:00 am
Occupants of an apartment complex in Turkey's eastern city of Tunceli have been disturbed when an unidentified person/persons wrote "Dawlat al-Islam Qamat" on their building's bulletin board on Wednesday, which is dubbed as the national anthem of the self-proclaimed Islamic State of Iraq and al-Sham (ISIS). 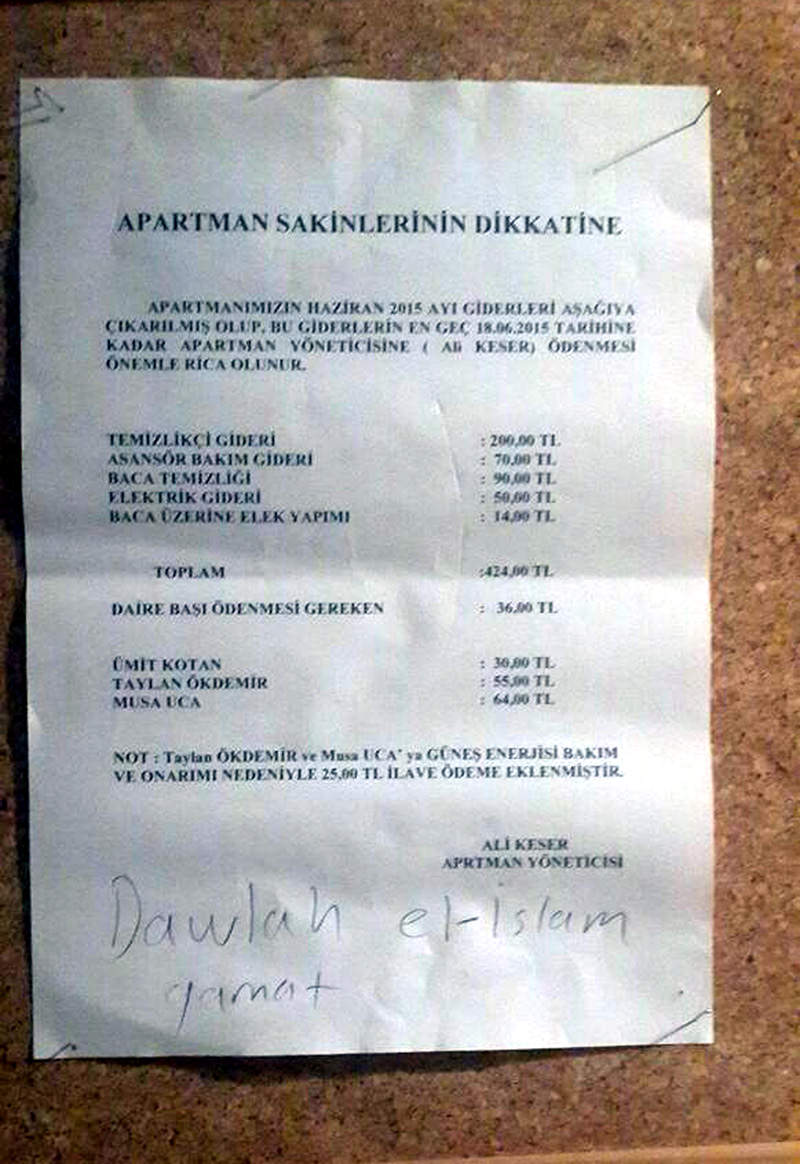 One of the residents of the Vadi Apartment building, Şerafettin Coşkun, told the reporters that he saw the writing on the notice board at around 7.30 p.m. on Wednesday and that he was very troubled with the incident. He said, "We have been following closely from media coverage how ISIS militants entered Turkey [from Syria]." An investigation has been launched into the incident, according to police reports.

Turkey has on Wednesday detained four alleged ISIS militants, who reportedly tried to enter the country along with Syrian refugees fleeing the battle in Tel Abyad between Kurdish militia YPG and ISIS. Upon their attempt to escape from YPG forces, the four ISIS militants reportedly disguised themselves as Syrian refugees but were fortunately spotted by Turkish security forces on the border gate.

Several other ISIS members were also arrested on Tuesday.