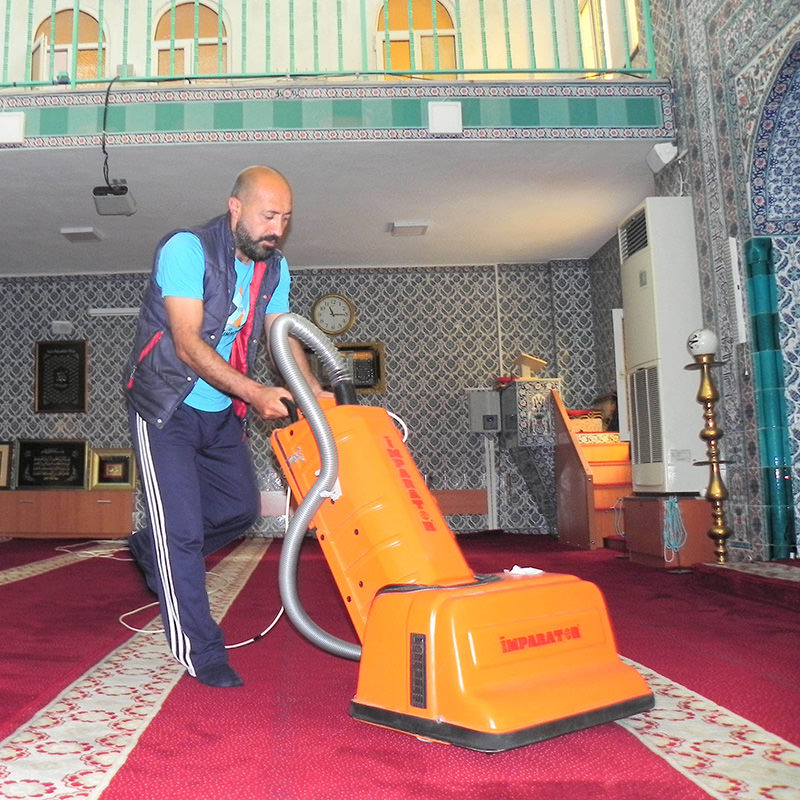 | DHA Photo
by Daily Sabah Jun 19, 2015 12:00 am
A Turkish judge has sentenced a man who pirated and sold CDs to cleaning a mosque in Istanbul when the 39-year-old seller could not pay for the fine given.

Fuat M.'s sentence of 10 months, 10 days for selling counterfeit CDs was changed into a fine of 6,000 Turkish lira ($2,210), but when he later notified officials that he could not afford to pay for his fine, the judge adopted community service as an alternative.

Accordingly, Fuat M. was given the option of cleaning a mosque nearby his house for four hours a week (two in the morning, two in the evening) rather than paying the fine. His community service will be for a period of 5 months, 5 days.

If Fuat M. violates these set terms he will have to go to prison. Fuat M., however, reportedly said he was pleased with his 'punishment' as it involves cleaning a holy place.