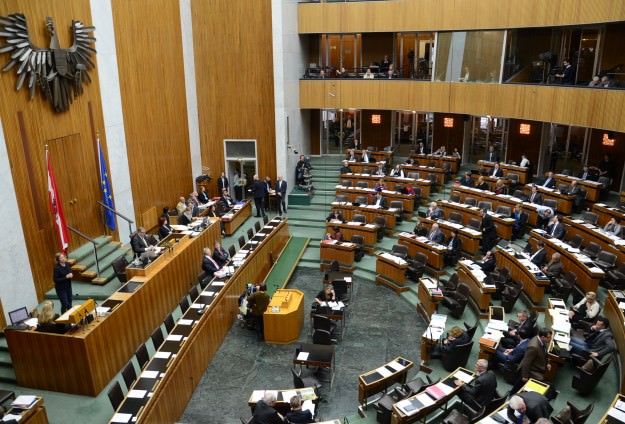 The Turkish community in Austria plans to launch a lawsuit for the abolition of a new Islam bill by the Austrian parliament that dictates its own version of Islam by ignoring the demand of Muslims, apparently to fight radicalism, according to Austrian officials

Austria's efforts to shape "an Islam with an Austrian character" as the country's Integration Minister Sebastian Kurz described, drew the ire of Muslim groups in the country. An association representing the Turkish community in the European country will launch a lawsuit to amend a bill that essentially stops assignment of imams from Turkey to the Austrian mosques.

The law is promoted as bolstering the rights of Muslims such as guaranteeing Islamic pastoral care in medical institutions and the military, regulating halal food et cetera. But its main purpose is to cut the foreign influence on migrant Muslims, as Kurz admitted in an interview. Kurz further went on to say that the influence of foreign countries was a problem Austria had "only in the Muslim community." "We do not have this problem in other religious communities," Kurz said in an interview published on The Guardian's website. He did not elaborate on the nature of the problem but it is apparently a concern for the Austria's far-right opposition that claims the bill is actually too lenient.

Speaking to Anadolu Agency, Mehmet Fatih Karadaş, president of Turkish-Islamic Union in Austria (ATİB) said they would look for legal means for annulment or amendment of the law and will take their case to European Court of Human Rights if they fail to win the lawsuit.

ATİB is the main organization that runs a large number of mosques, especially those attended by Turks, one of the largest minorities in Austria who make up the majority of the Muslim population. Turkey's state-run Presidency of Religious Affairs (DİB) deploys imams to cater to the religious needs of the Turkish population in Austria. Yet, the bill passed by parliament in February to regulate activities of Muslim communities in secular Austria bans this practice as well as foreign funding of Islamic organizations. It requires imams to be trained at Austrian universities and usage of a standardized German translation of the Muslim holy book, the Quran.

Karadaş said Austria's relations with Turks and Islam have been positive lately but as with other European countries, Muslims face restrictions in architecture of mosques and in related matters, though he underlined Turkish Muslims and the Austrian public enjoy warm relations.

"Unfortunately, the new law imposes new restrictions and this includes clauses preventing (imams) from the DİB. We will file a lawsuit to the Constitutional Court (the ultimate legal authority in Austria) and if the court does not approve an amendment to the law, we will take this case to the European Court of Human Rights," he said. Karadaş said that the law was specifically designed to prevent Turkish imams though it did not openly specify the nationality of imams. "Everyone is entitled to the right of learning religion in his or her own language and performing prayers in his or her language," Karadaş said.

The law that replaced a 1912 law intended to regulate the rights of Bosnia-Herzegovina Muslims in the then Austro-Hungarian Empire, was heavily criticized especially by Turkish authorities. DİB President Mehmet Görmez had said that the law was a result of the wave of Islamophobia prevalent in Europe and a rise of the far-right. Görmez has said that shaping "their own Islam" instead of promoting a culture of coexistence and instead of fighting Islamophobia was wrong. "No country has a right to engineer a religion. I believe that what is more important is reviewing integration and security policies and improving them," Görmez said, expressing concerns that Austria's move would inspire other European countries as well.

The bill is part of an anti-Islam paranoia that takes hold particularly amid far-right in the European countries in the wake of emergence of Islamic State of Iraq and al-Sham (ISIS). Far-right's rising clout aggravates even administrations more hospitable to Muslims to take "measures" against radicalization. Experts warn that efforts to prevent radicalization would rather create a backlash in Muslim communities and would further cause a strain of their relations with the host countries.
Last Update: Jun 22, 2015 12:41 am
RELATED TOPICS