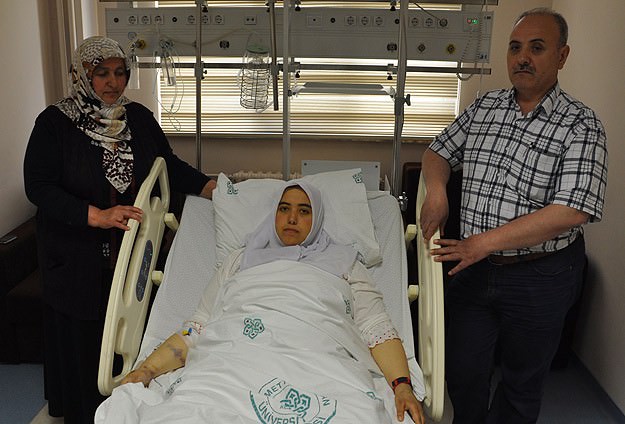 by Daily Sabah with AA Jun 22, 2015 12:00 am
A young's woman ambition to lose weight cost almost her life. The 21-year old Seda Nur Çalışkan fell into a coma after drinking tea she bought online to lose weight for a designated two-week period. The tea's ingredients ruined the young woman's liver, which would have killed Çalışkan if she did not receive a liver transplant.

Çalışkan underwent the organ transplant surgery in Turkey's central district of Konya, where she –following the operation- told the AA reporter: "The tea's taste was very bad. I stopped using it after 15 days. And shortly after, I had complaints of nausea, irritation, and yellow color on my skin." The young woman also told the AA reporter that she has already filed a legal complaint about the tea to Turkish prosecutors.

The doctor who conducted the transplant operation, Doç. Dr. Tevfik Küçükkartallar, told AA reporter that there were various products on the market tricking young girls with hopes of becoming slimmer. Küçükkartallar advised the public not to rely on such products or to be very cautious in choosing them.