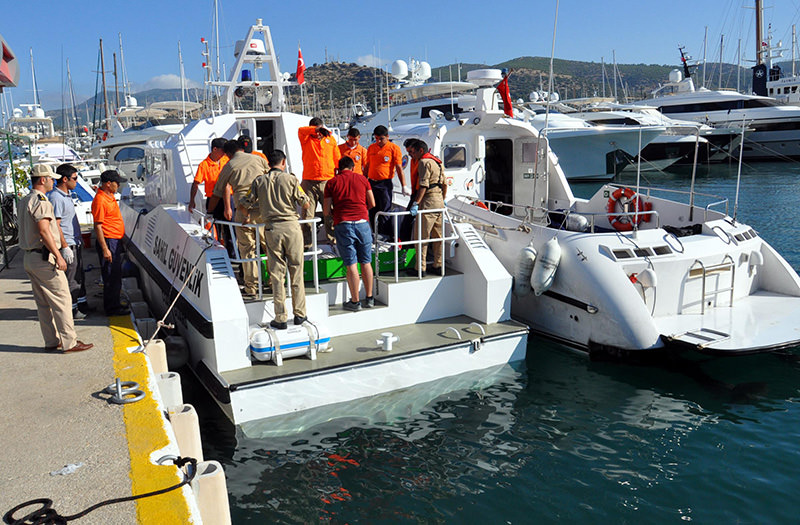 | DHA Photo
by Compiled from Wire Services Jun 23, 2015 12:00 am
Six Syrian migrants were killed and dozens more rescued on Tuesday when their overloaded boat capsized off Turkey's Aegean coast while on its way to Greece.

The migrants were seeking to reach the Greek island of Kos and enter the European Union when their boat hit trouble in stormy weather before dawn on Tuesday after leaving the Turkish resort of Bodrum.

The corpses of six migrants were found and the other passengers on the boat, which was carrying 62 people, were rescued by the Turkish coast guard.

"It was windy. Suddenly our boat capsized. We found ourselves in the sea. The coast guard saved us as we were clinging to the hull. We are in shock, our relatives have been killed," Syrian migrant Ahmet Sohta, 30, who survived the accident.

Turkey is hosting some 1.8 million refugees from the conflict in Syria.

The Turkish authorities have over the last weeks halted hundreds of migrants seeking to make the perilous open boat journey to Greece and other EU states.