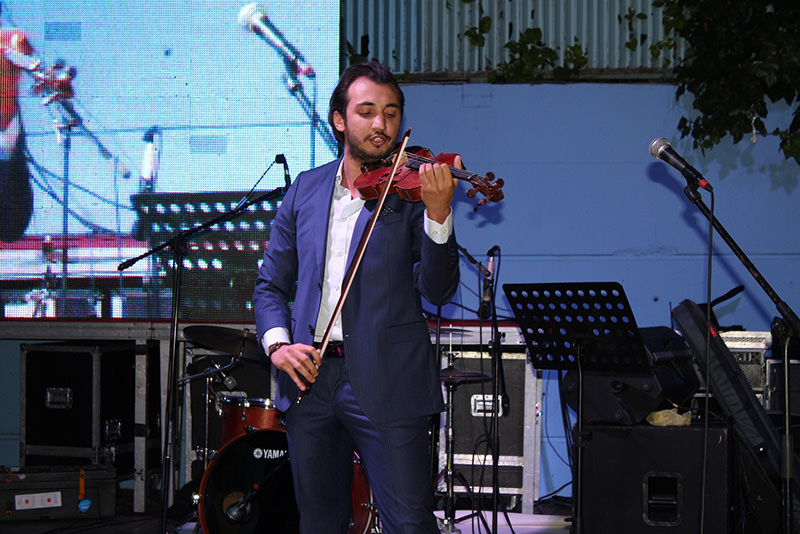 by Daily Sabah Jun 23, 2015 12:00 am
Turkish violinist Muhammed Yıldırır set a new world record as the fastest violinist by playing a famous interlude in only 37.84 seconds, surpassing Britain's Ben Lee who played it in 54.24 seconds and getting him into the Guinness Book of World Records.

Yıldırır performed "Flight of the Bumblebee" by Nikolai Rimsky-Korsakov, a high-tempo piece that takes more than one minute to play for other violinists, in the presence of Guinness representatives at an Istanbul concert.

Notable British violinist Lee broke the record twice in 2011 and 2013. The piece is regarded as a challenge to play in a short time for skilled violinists due to its frantic pace.

Yıldırır said in an interview with Sanatatak magazine that he was inspired to break the record after watching a performance by David Garrett, the record-holder for fastest violinist prior to Lee. And though he achieved the record, it took him some time to contact the officials to register his record.

The son of prominent Turkish violinist Ali Yıldırır, the 28-year-old virtuoso also works as a maestro and teacher at a music academy. He also founded the classical music group New Light.