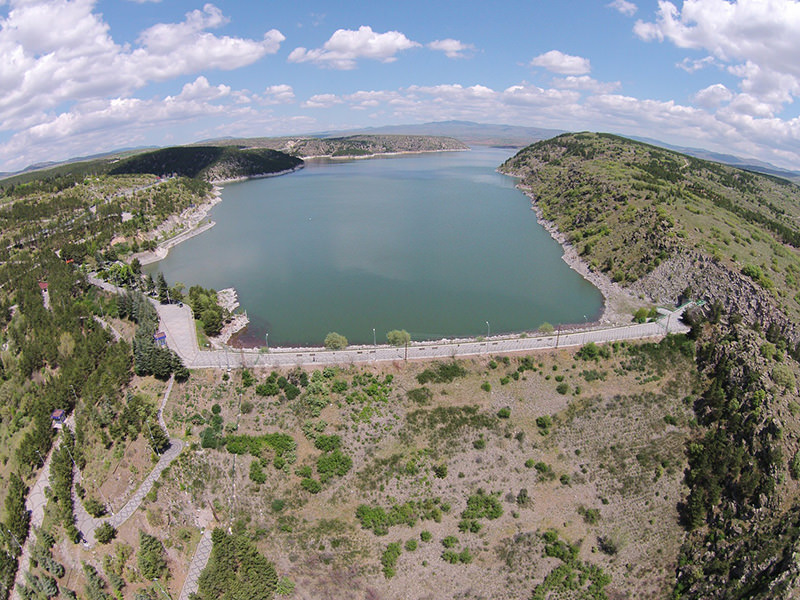 | IHA Photo
by Daily Sabah Jun 24, 2015 12:00 am
Istanbul dams' storage levels have as of Tuesday reached 87.8 percent, an increase from 25.5 percent in the same period of last year. The current water volumes in Ankara dams stands at 39.6 percent (an increase from 27.2 percent level from last year), 89.7 percent for Izmir dams (compared to 67 percent of last year), and 93.6 percent for Turkey's fourth-most populated city, Bursa, compared with 93.6 percent of 2014 in the same period.

The current water volume in the dams have increased as a result of persistent rain, according to data released by the general directorate for state hydraulic works (DSİ). The accumulated average precipitation for the Oct. 1-June 23, 2015 period has increased respectively by 12.2 and 43.7 percent, which is compared to the average amount calculated for numerous years and the year 2014.

Heavy rain and thunder storms have been striking Turkey for the last couple of weeks, even slowing down life in some cases as the Istanbul traffic, for example, grinded to a halt on Tuesday. The persistent rainfalls are expected to last until the end of June.