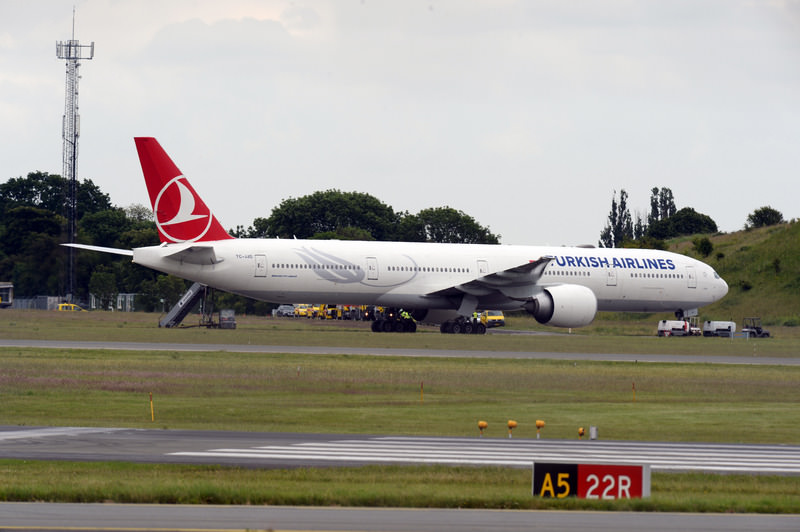 Danish police says a New York-bound Turkish Airlines plane made an emergency landing at Copenhagen's international airport after an old camera bag, possibly forgotten by a passenger, caused a bomb scare. (AP Photo)
by Daily Sabah Jun 25, 2015 12:00 am
A Turkish Airlines flight from Istanbul to New York made an emergency landing in Copenhagen on Thursday after the cabin crew found an unattended small bag.

Taking off at 1.00 p.m. from Istanbul, the plane made an emergency landing at 4.40 p.m., about four hours after it took off.

The crew and passengers were evacuated upon arrival to the Copenhagen airport and necessary security measures were taken by Danish security forces.

After the plane was taken to a secluded area, bomb experts and detection dogs thoroughly inspected the plane.

After the necessary security procedure was followed through, it was found that the small bag was just a camera bag and had been left over from the previous flight, Airporthaber reported.

According to the statement by THY's press counselor, the Boeing 777-300 plane had 292 passengers on board.