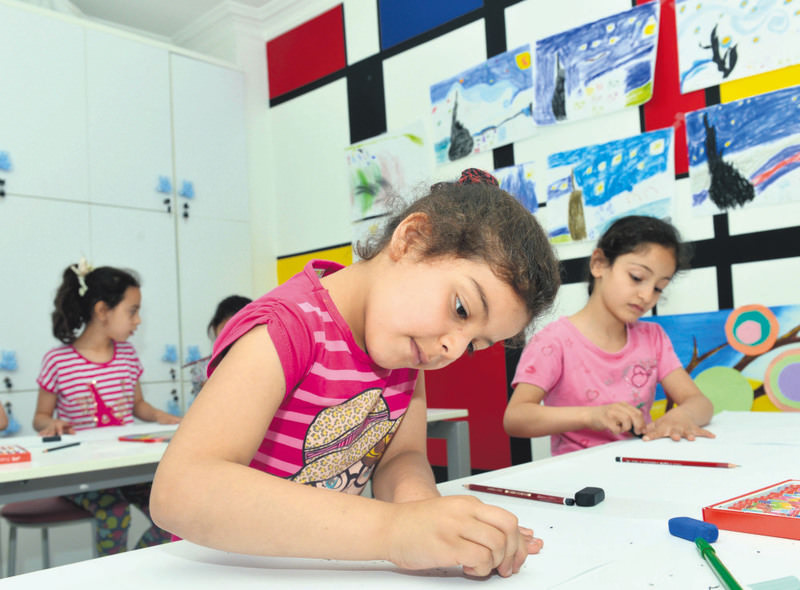 Two nongovernmental organizations inaugurated a rehabilitation center in Istanbul yesterday for Syrian children and their mothers traumatized by the civil war in their country.

The Psychosocial Support Center in Istanbul's Fatih district, a hub for displaced Syrians who fled to Turkey after war broke out in their country four years ago, will provide therapy to distressed children and their families.

Mevlüt Yurtseven, director of the Alliance of International Doctors, one of the NGOs operating the center, said Syrian children underwent the most severe trauma during the war and they aimed to help them to recover.

The center will serve 240 children and their mothers in six-monthly terms during which they will undergo psychotherapy, art therapy including other forms of therapy. Both mothers and children will be able to attend the lifelong learning courses that aim to help traumatized children forget their past troubles and boost their self-confidence, NGO officials said.

Apart from children, the center will cater to Syrian women in need of legal and social counseling and offer Turkish classes.

Turkey is home to nearly 1.8 million Syrians and over 260,000 Syrians living in tent camps built by the Turkish government in provinces near the Turkish-Syrian border, while others either reside in their own homes, in rental houses or squat in abandoned buildings and parks. Psychological therapy and social support are provided for Syrians in camps but those not living in camps have no prospect of therapy.

Turkey, UNICEF and European Union had conducted a two-year program for education and psychological recovery of Syrian children in Turkey jointly conducted by Turkey. Some 75,000 children benefited from the program that was wrapped up in April. Throughout the course of the project, child-friendly spaces were set up in refugee camps, along with education centers and libraries to help children forced to drop out of school due to the war to resume their studies. The project also provided psychosocial support to children. Teenagers also benefited by attending leadership training and financial incentives for Syrian teachers were provided.

Ministry of Family and Social Policies also operate 70 houses across the country that hosts unaccompanied Syrian children who lost their parents in the conflict.
Last Update: Jul 01, 2015 10:42 pm
RELATED TOPICS