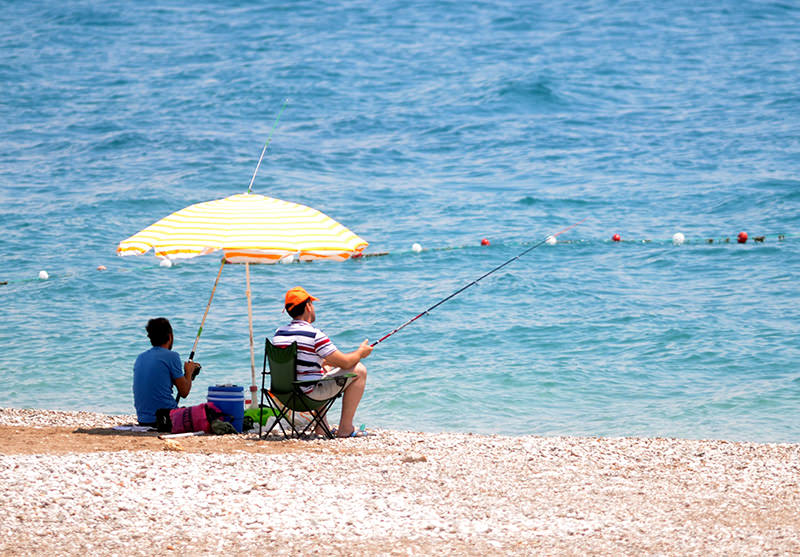 Citizens fishing in Turkeyu2019s southern coastal region of Antalya (AA Photo)
by Daily Sabah Jul 03, 2015 12:00 am
A hot summer is on its way for Turkey, mainly due to new heat waves, according to the World Meteorology Organization (WMO). The announcement was made on Friday by the head of Data Management division, Omar Baddour, in a press meeting in the UN's Geneva office.

World Meteorology Organization's spokesperson, Claire Nullis reportedly said, the temperatures have been above seasonal normal and it is quite uncommon that heat waves have struck Europe this early.

"In the upcoming days, in Europe, temperatures will rise excessively," Nullisa said. In 2013, about 70,000 people lost their lives due to hot temperatures, but according to Nullisa, Europe is prepared this time for the upcoming heat waves.

Spain was on high alert for forest fires and the elderly urged to take extra care on Wednesday due to a mass of hot air moving north from Africa.

Paris authorities opened special air-conditioned rooms this week to the public and were checking in on the elderly.

British, Italian, and German authorities have been also on alert.