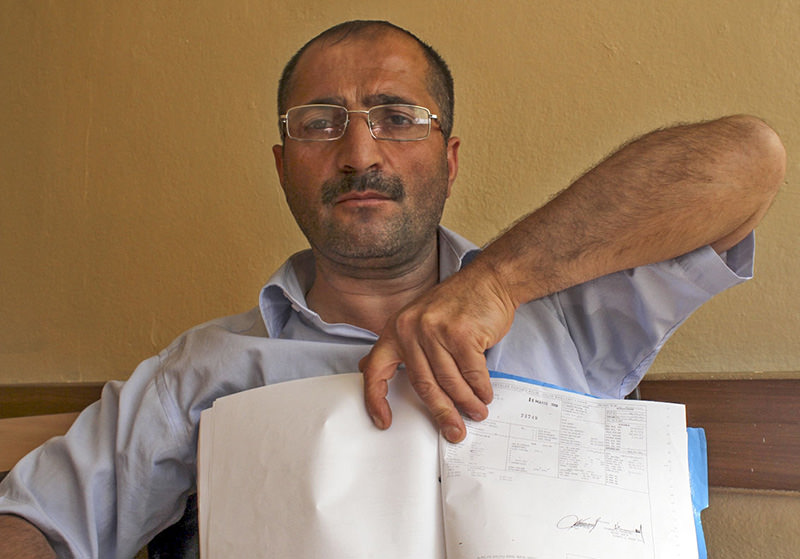 by French Press Agency - AFP
Jul 05, 2015 12:00 am
A 46-year-old Turkish man mistakenly listed as dead by authorities has spent 10 years fighting to prove he is alive, state media reported on Sunday. Sinan Avci, who lives in eastern Erzurum province, was forced into an early retirement in 2003 after being diagnosed with epilepsy.

The former worker discovered that Turkey's Social Security Fund (SSK) had listed him as dead in 2004 when he failed to withdraw his disability pension.

"They told me I was deceased... But I was very much alive," he was quoted as saying by the state-run Anatolia news agency.

Avci, who had since been struggling to prove he was alive, said he could not work both due to his illness and since he no longer officially existed. Called by locals as "Sinan, the dead," the man mostly relied for year on financial help from relatives and neighbours.

After a 10-year legal battle, Avci finally managed this week to convince the authorities that he was not dead.

But he faces another struggle trying to get his unpaid salaries and the right to disability benefits back.

"What else should I do? I proved that I'm alive but should I now cut my arms or legs to prove I'm disabled?" he said, crying.

Avci also called on the authorities to investigate the people who reported his death.