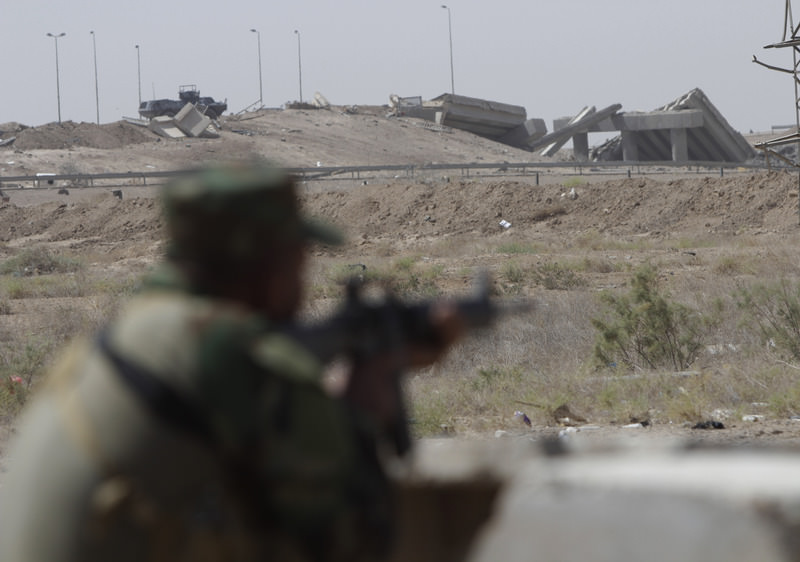 by Anadolu Agency Jul 08, 2015 12:00 am
The Islamic State of Iraq and al-Sham (ISIS) has begun digging three-meter-deep ditches on the Syrian side of the Jarabulus border crossing with Turkey, local sources said.

The sources, who are based in Turkish side, told Anadolu Agency on Wednesday that their relatives in Syria had seen at least three heavy construction vehicles digging the ditches.

According to Turkish authorities, the ditches were being dug along the border in advance of an expected attack by Syrian-Kurdish People's Protection Units (YPG), considered the military wing of the the Democratic Union Party (PYD).

Syria's Jarabulus region, which was captured by ISIS in the summer of last year, is located adjacent to the Turkish border.

The Turkish armed forces, meanwhile, have been monitoring the group's military activities and stepping up security on the border.

On June 15, ISIS lost Tal Abyad-one of its major strongholds in Syria-to the Free Syrian Army and the YPG.

It was the first such territorial loss to be sustained by ISIS since the group captured vast swathes of territory in Iraq and Syria last year.
Last Update: Jul 08, 2015 7:59 pm
RELATED TOPICS