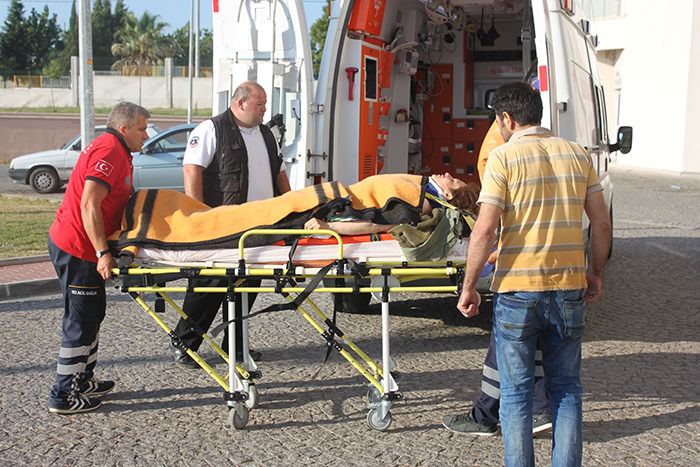 |AA Photo
by Daily Sabah Jul 16, 2015 12:00 am
At least six refugees drowned on Thursday as a boat carrying Syrian asylum seekers sank off the shore of Turkey's north-western province of Çanakkale.

10 refugees have so far been rescued. The refugees were trying to reach Greece's Lesbos Island through illegal means. The boat sailed from the Ayvacık district of the Çanakkale Province in the Marmara region, but it soon sank off the shores of Turkey's Gülpınar village for unknown reasons.

The search team first rescued 10 migrants, two of whom were children and four were women. The team later reached the bodies of six Syrian asylum seekers.

The survivors were brought to a nearby hospital.

The coast guard said it saved more than 550 boat migrants in the last two days.